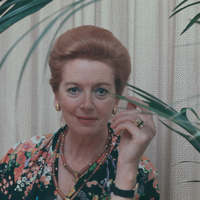 Deborah Kerr net worth: Deborah Kerr was a Scottish actress who had a net worth equal to $10 million at the time of her death in 2007. Deborah Kerr was born in Glasgow, Lanarkshire, Scotland in September 1921 and passed away in October 2007. She starred on stage as well as in movies and on TV. During her career Kerr starred in several films including Major Barbara, Love on the Dole, Hatter's Castle, The Day Will Dawn, Perfect Strangers, I See a Dark Stranger, Black Narcissus, Edward, My Son, King Solomon's Mines, Julius Caesar, From Here to Eternity, The End of the Affair, The King and I, Tea and Sympathy, Heaven Knows, Mr. Allison, Separate Tables, The Sundowners, The Chalk Garden, The Night of the Iguana, A Woman of Substance, and The Assam Garden. Kerr won several awards including an Honorary Academy Award after being nominated for six others. She won two Golden Globe Awards and received a star on the Hollywood Walk of Fame in 1960 at 1709 Vine St. She was married to Tony Bartley and Peter Viertel and had two children and the grandson Lex Shrapnel. Deborah Kerr passed away on October 16, 2007 at 86 years old.