Deborah Ann Woll Net Worth: Deborah Ann Woll is an American actress who has a net worth of $2 million. Deborah Ann Woll was born in Brooklyn, New York in February 1986. She is best known for playing the role of Jessica Hamby on the TV series True Blood. Deborah graduated from the USC School of Theatre at the University of Southern California.

Her first appearance came in the TV series Life in 2007. Woll's best known role has been starring as Jessica Hamby in the TV series True Blood since 2008 and the series True Blood: Jessica's Blog since 2010. She has also starred in the films Mother's Day, Little Murder, Seven Days in Utopia, Someday This Pain Will Be Useful to You, Catch .44, Ruby Sparks, Highland Park, and Meet Me in Montenegro. She has also appeared in episodes of the television series ER, My Name is Earl, CSI: Crime Scene Investigation, The Mentalist, and Law & Order: Special Victims Unit. Woll won a Satellite Award for True Blood and was nominated for a Screen Actors Guild Award. Deborah is an advocate for awareness of the disease Choroideremia which her boyfriend suffers from. 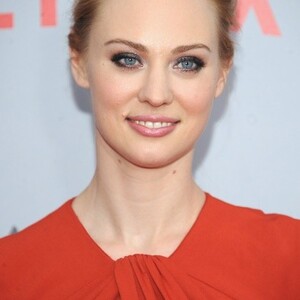