How much is Debi Mazar Worth?

Debi Mazar net worth: Deborah "Debi" Mazar is an American actress who has a net worth of $5 million. That is a combined net worth with her husband, celebrity chef Gabriele Corcos, whom she married in 2000.

Debi Mazar was born in 1964 in Jamaica, Queens, New York and is best known for her Jersey Girl type roles and for her recurring role on "Entourage" as P.R. exec Shauna Roberts. Mazar got her start as a hip hop dancer in New York City and appeared in five of Madonna's music videos including "Papa Don't Preach", "True Blue", and "Justify My Love". Mazar gained acclaim in her film career by portraying characters in a number of independent films including "Inside Monkey Zetterland". She had a recurring role on "L.A. Law" in 1993 and 1994 and has appeared on "Friends", "Providence", "CSI: Miami", "Ugly Betty", "7th Heaven", "The Ghost Whisperer", "Law and Order: Special Victims Unit", "Castle", "Burn Notice" and "Melissa and Joey" to name just a few of her guest appearances. She had roles in "Goodfellas", "The Doors", "Bullets Over Broadway", "Batman Forever", "Jungle Fever", "Singles", "So I Married an Axe Murderer", and "Malcolm X" among other films. Mazar has been married to Gabriele Corcos since 2002. The couple has two daughters and divides their time between their homes in Brooklyn and Italy. 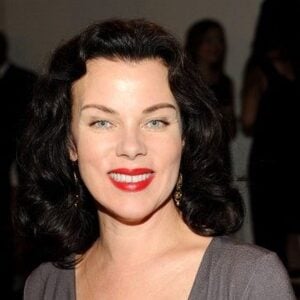