Debi Derryberry net worth: Debi Derryberry is an American voice actress, singer, and composer who has a net worth of $5 million. Debi Derryberry was born in Indio, California in September 1967. Derryberry has over 160 acting credits to her name. She started out starring as Skeeter in the TV series Hey Vern, It's Ernest in 1988.

She swam with the killer whale Keiko in the 1993 movie Free Willy as a stunt double. From 1992 to 1993 she voiced the role of Wednesday Addams in the television series The Addams Family. From 1995 to 1998 Derryberry voiced the role of Jeannie Harper in the TV series Life with Louie. From 1996 to 1998 she voiced the role of Judy Shepherd in the series Jumanji. She did voice work for the TV series Oswald from 2001 to 2003 and voiced the role of Nori on the series Rozen Maiden from 2004 to 2005. From 2003 to 2006 she voiced the role of the title character in the television series Zatch Bell!. One of her best known roles came providing the voice of James Isaac "Jimmy" Neutron in the TV series The Adventures of Jimmy Neutron: Boy Genius from 2002 to 2006. She did voice work for the series Curious George from 2006 to 2010. Derryberry has also voiced roles in the movies A Bug's Life, Aladdin, Babe, Brother Bear, Despicable Me 2, Dr. Seuss' The Lorax, Hercules, Home on the Range, Horton Hears a Who!, Ice Age: The Meltdown, Tarzan, Toy Story, Toy Story 2, Wreck-It Ralph, and more. Derryberry has won an American Anime Award. 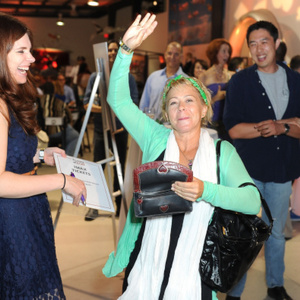