Dean Martin Net Worth: Dean Martin was an American singer, actor, and comedian who had a net worth of $30 million at the time of his death in 1995. He is well known for his comedy work with Jerry Lewis and his comedic variety show "The Dean Martin Show." He was also a member of the informal group referred to as "The Rat Pack," which included Frank Sinatra, Sammy Davis Jr., and Humphrey Bogart.

Early Life: Dean Martin was born Dino Paul Crocetti on June 7th, 1917 in Steubenville, Ohio. His father was a barber and originally from Italy, and his mother was also of Italian descent. He grew up speaking Italian and began to learn English at the age of five after enrolling at Grant Elementary School in Steubenville. His broken English made him a target for bullying. When he was a teenager, he started playing the drums, and he dropped out of Steubenville High School in his sophomore year because he felt he was smarter than his teachers. After leaving school, he worked odd jobs including at a steel mill, at a speakeasy, as a bootlegger, a blackjack dealer, and as a welterweight boxer. When he was fifteen, he was boxing under the name Kid Crochet. Around this time, he moved to New York City and shared an apartment with Sonny King who was also trying to begin his career in show business. Both had little money and would charge people to watch them bare-knuckle box in their apartment. Martin quit boxing once he got a job as a roulette stickman at an illegal casino, and at this time, he began singing with local bands under the name "Dino Martini." He got his break when he joined the Ernie McKay Orchestra, and by 1940, he had begun singing for the Sammy Watkins Orchestra. Watkins encouraged him to change his name to Dean Martin, and Martin heeded his advice and remained with the group until May of 1943. In the fall of that year, he left to begin performing in New York in the fall of that year.

Martin & Lewis: In 1945, Martin met comedian Jerry Lewis at the Glass Hat Club. A year later, the two debuted on stage in Atlantic City when the scheduled singer didn't show up, and Lewis suggested Martin as a replacement. When the two first began performing together, they did not receive positive reviews from the audience, and the owner told them he would cancel their contract unless they improved. They had been using scripted material but started to improvise with Martin singing and Lewis bumbling around like a fool. They performed lighthearted slapstick and vaudeville comedy and were much more popular with crowds. Their success in Atlantic City led to jobs elsewhere including a run at New York's Copacabana Club.

Although their acts were popular and they had been making the rounds at clubs on the East Coast, the duo was still relatively unknown. In 1949, they gained traction after appearing in the comedy musical film "My Friend Irma." Their performance caught the eyes of NBC executives who then approached the pair about being on a comedy radio show. NBC Radio Network spent around $400,000 in preproduction for the show and offered them a five-year contract and a $150,000 salary. The network's preproduction cost was the modern equivalent of $4.4 million, and Martin and Lewis' salary would be equivalent of $1.6 million. Despite NBC's investment in the show, the pair's comedy was visually oriented, and it didn't translate as well on radio. They nevertheless received lucrative sponsorships from Chesterfield cigarettes and Anacin, a pharmaceutical company. In 1950, the pair made their television debut on "The Colgate Comedy Hour," and they appeared in sixteen films together from the years 1949 and 1956. Creative difference and diverging goals led the pair to part ways in 1956.

Solo Career: In 1957, Martin appeared in his first film without Lewis titled "Ten Thousand Bedrooms," but it was a commercial flop. The next year he appeared with Marlon Brando and Montgomery Clift in the war drama "The Young Lions," which was praised by critics. Also in 1958, he starred alongside Frank Sinatra in the drama film "Some Came Running," which was nominated for several Academy Awards. During this time, he was working to make a name for himself as a dramatic actor and was very successful in that capacity. By the mid-1960s, he had appeared in films including "Artists and Models," "Robing and the 7 Hoods," "Ada," and "Oceans 11." He continued to build on his singing career, and in 1965, he got his own variety television show. "The Dean Martin Show" ran from 1965 to 1974 and earned him a Golden Globe Award for Best Actor in a Television Series Musical or Comedy in 1966.

He along with Frank Sinatra, Sammy Davis Jr., Peter Lawford, and Joey Bishop formed the Rat Pack, which wasn't so much a formal group as a name for a group of friends who frequently appeared in film and performed together. They were well-known for their shows in Las Vegas. Lawford was dropped in favor of Humphrey Bogart in 1964. The group grew apart in the 1970s, but in 1987 Sinatra, Davis, and Martin reunited for a twenty-nine-appearance comedy tour.

Personal Life and Death: Martin's first marriage was in 1941 to Elizabeth Anne McDonald, and after four children together, they divorced in 1949. He married Dorothy Jean Biegger later in 1949, and they had three children and divorced in 1973. His final marriage was to Catherine Hawn, and the marriage lasted three years and resulted in no new children.

Martin had smoked heavily throughout his life and was diagnosed with lung cancer in September of 1993. He was given the option to undergo surgery that would prolong his life but refused. In early 1995, he stopped appearing in public, and he died of respiratory failure on Christmas Day in 1995. In 1997, Ohio Route 7, which passes through his hometown, was renamed in his honor as Dean Martin Boulevard.

Real Estate: In the 1970s, Dean paid $120,000 for a property in Beverly Hills. Over time he expanded the home's footprint to 12,000 square-feet. Three years after his death, in 1995, the home was sold for $1.35 million. In 2003 the home was sold for $2 million. A buyer eventually tore Dean's home to the ground and built an extravagant modern mansion on the lot. This owner has attempted to sell the home for $28 million in recent years. 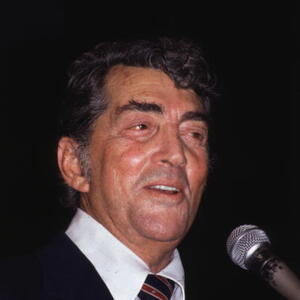