Dean Butler net worth: Dean Butler is a Canadian American actor and producer who has a net worth of $1 million. Dean Butler was born in Prince George, British Columbia, Canada in May 1956. As an actor he made his debut in 1978 in the TV movie Forever. Butler starred as Almanzo James Wilder on the television series Little House of the Prairie from 1979 to 1983.

From 1986 to 1988 he starred as Jeff "Moondoggie" Griffin on the TV series The New Gidget. Dean Butler had a recurring role as Hank Summers on the series Buffy the Vampire Slayer from 1997 to 2002. He has also appeared in films, TV movies, and episodes of TV series including The Love Boat, Fantasy Island, Who's the Boss, Hotel, Murder, She Wrote, Diagnosis: Murder, JAG, and more. Butler produced and co-wrote the television series Feherty. In 2006 he won a TV Land Award for Most Memorable Kiss with Melissa Gilbert for Little House on the Prairie. Dean Butler married Katherine Cannon in 2001. 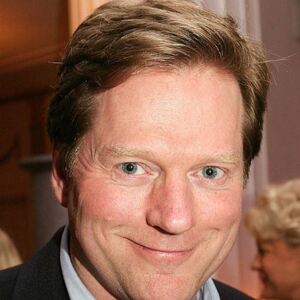