How much is Dayton Callie Worth?

Dayton Callie net worth: Dayton Callie is a Scottish American actor who has a net worth of $3 million. Dayton Callie was born in Dumbarton, Dunbartonshire, Scotland, United Kingdom in 1946. He made his debut in the movie Preppies in 1984. From 2004 to 2006 Callie starred as Charlie Utter in the TV series Deadwood. He starred as Steady Freddie Lopez in the series John from Cincinnati in 2007. One of his best known roles has come starring as Wayne Usher in the television series Sons of Anarchy since 2008. Callie has also starred in the movies To Wong Foo, Thanks for Everything! Julie Newmar, The Last Days of Frankie the Fly, Volcano, Halloween II, The Devil's Carnival, and The Motel Life. He has also appeared in episodes of the TV series Kate & Allie, Adam-12, Growing Pains, Law & Order, Murphy Brown, The Nanny, Ellen, Seinfeld, NYPD Blue, Becker, The Practice, Roswell, Touched by an Angel, CSI: Miami, The Closer, CSI: Crime Scene Investigation, The Unit, Archer, and Law & Order: Special Victims Unit. Callie was nominated for a Screen Actors Guild Award in 2007 for Deadwood. 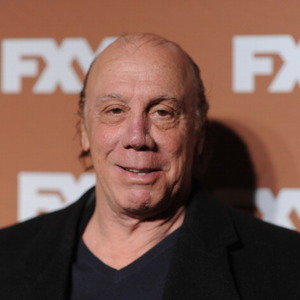