How much is Dayna Devon Worth?

Dayna Devon net worth: Dayna Devon is an American television presenter and reality star who has a net worth of $20 million. Dayna Devon was born on March 20, 1970 in San Antonio, Texas. She attended Alamo Heights High School then the University of Texas at San Antonio (UTSA) where she studied broadcast journalism. After graduating from UTSA, Dayna spent a full decade working as an anchor for local television stations in towns throughout Texas and Tennessee. Dayna eventually landed a dream job co-hosting the weekend version of the syndicated entertainment program "Extra". In 2003 she became the full time weekday anchor. While at "Extra" Dayna originally was paired with co-host Mark McGrath and is now working alongside Maria Lopez. In 2009, Dayna was also hired as an on-air host for the Home Shopping Network (HSN). While at HSN, Devon's main hosting responsibilities involved the Sensa Weight-Loss brand. In 2013 she appeared on the TLC reality series "Plastic Wives" with her plastic surgeon husband Dr. Brent Moelleken. The couple lives in Beverly Hills with their two children, a daughter and a son. As of February 2013, Dayna Devon is rumored to be a possible new cast member on the Bravo reality show "The Real Housewives of Beverly Hills". 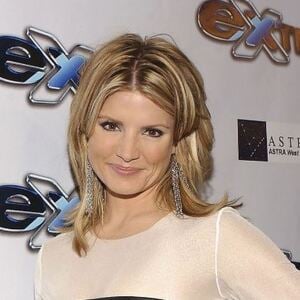