Dawn Wells net worth: Dawn Wells was an American actress who had a net worth of $50 thousand at the time of her death in December 2020. She was best-known for playing the role of Mary Ann on "Gilligan's Island", a role that would later become iconic.

Dawn Elberta Wells was born in Reno, Nevada on October 18, 1938. Wells first attended Stephens College where she majored in chemistry. However, she subsequently chose to shift her focus and transferred to the University of Washington, where she graduated with a degree in Theater Arts and Design. She also represented Nevada at the Miss America Pageant the same year she graduated.

She began her professional on-camera career appearing in guest starring roles on such television shows as, "77 Sunset Strip", "Maverick", "Bonanza", and "The Cheyenne Show". She also appeared in small roles in the films "Palm Springs Weekend", and "The New Interns".

In 1964, Dawn was cast in the role that would make her a star, as Mary Ann on "Gilligan's Island". She went on to play the role for the duration of the show's run, and then reprised it in multiple "Gilligan's Island" specials. She the enjoyed a prolific and enduring theater career.

Financial Problems: In September 2018, TMZ reported that one of Dawn's friends launched a GoFundMe page to help the former star raise $200,000 to pay an unexpected hospitalization. Dawn reportedly suffered from an accident that broke her knee and may have required two months of hospitalization. Dawn had apparently been dealing with financial problems since the 2008 recession and was seeking "$194,000 to alleviate penalties by the IRS (which are compounded daily) and to pay her hospital costs." She was living in an assisted living facility and already lost her home due to her debts. 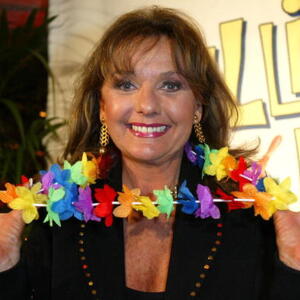