Dawn French Net Worth: Dawn French is a Welsh actress, writer, and comedian who has a net worth of $10 million. Dawn Roma French was born in Holyhead, Anglesey, Wales in October 1957. She studied at the Spence School in New York after winning a debating scholarship. She later studied at the Central School of Speech and Drama and met her future comedy partner Jennifer Saunders. She was a member of the Comic Strip along with Saunders. Dawn was paid $1.5 million pounds in advance for her autobiography Dear Fatty. Her first appearance came in the video short The Balance Sheet Barrier in 1977. From 1982 to 1984 she had a recurring role on the TV series The Young Ones. She starred in the series Happy Families in 1985 and Girls on Top from 1985 to 1986. In 1993 she starred in The Legends of Treasure Island and from 1991 to 1999 in Murder Most Horrid. French starred in the series Wild West from 2002 to 2004. Her best known role was in the comedy sketch series French and Saunders from 1987 to 2005. The series A Bucket o'French & Saunders aired in 2007. French also starred in the TV series Jam & Jerusalem, Lark Rise to Candleford, Psychoville, Roger& Val Have Just Got In, The Comic Strip Presents…, The Vicar of Dibley, and The Wrong Mans. French starred in the films The Adventures of Pinocchio, Milk, David Copperfield, Maybe Baby, Harry Potter and the Prisoner of Azkaban, The Chronicles of Narnia: The Lion, the Witch and the Wardrobe, Coraline, and Animals United. She has won a BAFTA and British Comedy Award. 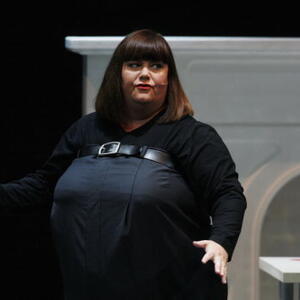