Davis Cleveland Net Worth: Davis Cleveland is an American child actor and rapper/singer who has a net worth of $2 million dollars. Born February 5, 2002 in Houston, Texas, he is best known for his role as Flynn Jones on the Disney Channel original series Shake It Up. He enjoys studying martial arts and playing guitar, as well as other hobbies such as video games, skateboarding and rollerblading.

In March 2011, Cleveland told Tanya Rivero of Good Morning America of his experience working on Shake It Up, saying, "It's the best experience ever. It's like Disney World every morning. He is also involved in charity work to raise money to help find a cure for Cystic Fibrosis through hosting Cystic Fibrosis walks and various other related activities. His other television appearances include an episode of How I Met Your Mother, Desperate Housewives and three episodes of Good Luck Charlie, as well as an episode of Ghost Whisperer (Birthday Presence), and a small part as the little boy who wanted a tiger in the first episode of Hannah Montana season 4. He also played a part as Luther's little brother in Zeke and Luther Little Brother Trouble. He likes meeting his fans, signing autographs. 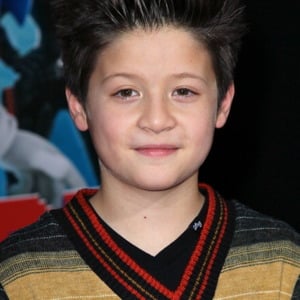