David Zepeda New Worth: David Zepeda is a Mexican actor who has a net worth of $3 million dollars. Born David Zepeda Quintero on September 19, 1974 in Nogales, Sonora, Mexico, he represented Mexico and placed first runner-up to Australia's Brett Wilson in the Manhunt International 2000 pageant, held in Singapore on September 29, 2000.

He is best known for his roles in various Mexican telenovelas, as well a few film roles. In the film Desnudos, his role is played nude in a group sex scene. He was also part of the nude play Cuatro XXXX, where he appeared fully nude. His work in telenovelas include Acorralada, Sortilegio, Soy Tu Dueña, La fuerza del destino with Sandra Echeverria, and Abismo de pasion all of which aired on Univision. In 2012, he was cast as the protagonist in Abismo de pasión, along with Angelique Boyer. He has also worked for TV Azteca. He also appeared as Ricardo, the protagonist in Rosy Ocampo's new telenovela Mentir para vivir. Between 2010 and 2013 he was nominated for nine awards, winning four: Best Male Antagonist (for Sortilegio); Best Lead Actor (for Abismo de pasión); El más guapo (Favoritos del público) (for Abismo de pasión); What a Hottie! (for La Fuerza del Destinol Abismo de pasión). 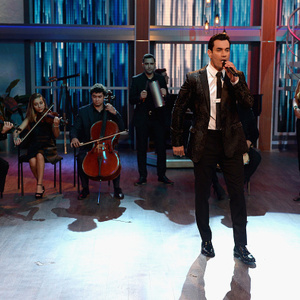