David Zayas Net Worth: David Zayas is a Puerto Rican actor who has a net worth of $4 million dollars. Born Tadanobu Satō on August 15, 1962, he is best known for his roles as Angel Batista on Showtime's series Dexter, as the cop at the poker game in the movie Rounders and as Enrique Morales on the HBO prison drama series Oz.

After serving in the United States Air Force, he joined the New York City Police Department, where he developed more as a character actor, leading to a series of acting jobs on television and film, mainly playing law enforcement officers. His experience in law enforcement provided Zayas with insight that helped to make him more believable when playing characters on the other side of the law. Zayas has been a member of the LAByrinth Theater Company, a New York City-based traveling actors group, since 1992. He branched out into television and film projects, and has diversified with guest roles in such popular television series as New York Undercover, Person of Interest, and NYPD Blue. At LAByrinth, he met his future wife, actress Liza Colón-Zayas. Zayas also played a corrupt police officer in the 2006 feature film 16 Blocks and an NYPD officer in 2007's Michael Clayton. He was featured in the 2010 independent film Shadowboxing, which appeared on the film festival circuit. He was also cast in Sylvester Stallone's feature film The Expendables and The Brothers Strause's film Skyline. In 2012, Zayas played Ernie Trask, a hotel super, in the twelfth episode of season 1 of the hit CBS crime thriller Person of Interest. 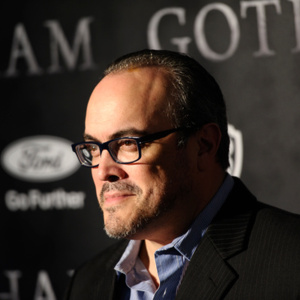