David W. Harper Net Worth: David W. Harper is an American actor who has a net worth of $100 thousand dollars. Born in 1961 in Abilene, Texas, David W. Harper made his on-screen debut in 1971's "The Homecoming: A Christmas Story", which was part of "The Waltons" TV series. He kept his role of Jim Bob Walton into the series, appearing from 1971 until 1981 alongside Richard Thomas, Ralph Waite, Michael Learned, and Ellen Corby.

Harper also appeared in "Walking Tall: Final Chapter" in 1977. Harper continued to act into the '80s, appearing in "A Day for Thanks on Walton's Mountain" in 1982. He also appeared in "The Blue and the Gray", "Mother's Day on Walton's Mountain", and "A Wedding on Walton's Mountain". Harper also had parts in "Fletch" in 1985 and "3:15" in 1986. Harper appeared in several more spin-offs of "The Waltons" during the mid-to-late'90s, including 1993's "A Walton Thanksgiving Reunion", 1995's "A Walton Wedding", and 1997's "A Walton Eater". In 2010, he appeared as himself in "A Walton's Family Reunion". Harper has not been seen on screen as an actor since his last appearance in the special with "The Waltons". He, has, however, appeared on "The Today Show" as recently as 2011 and in the "After They Were Famous" TV documentary in 2002. 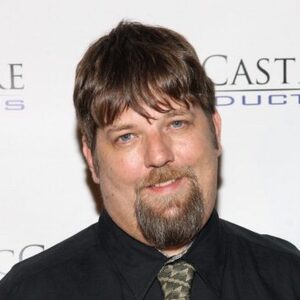