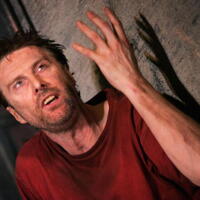 David Threlfall net worth: David Threlfall is an English stage, film, and television actor who has a net worth of $8 million. He is best known for playing Frank Gallagher on the television series, Shameless, and has also directed several episodes of the show. Threlfall also won acclaim for his portrayal of Tommy Cooper in the ITV biopic, Not Like That, Like This. He was born the son of a plumber in Burnage, Manchester in 1953. He went to art college in Sheffield, but only stayed for one year before attending Manchester Polytechnic School of Drama and graduating a few years later. He went on to appear in several television series including Nightingales, Men of the World, Cutting It, The Knock, CI5: The New Professionals, Spooks, and Shameless. He also had many notable roles on stage in plays like Riddley Walker, Oedipus, Macbeth, Your Home In The West, and Peer Gynt. Most recently, it was announced that Threlfall has been cast as Noah in the BBC biblical drama, The Ark, which has started filming in Morocco. Threlfall has been married to Bosnian actress, Brana Bajic since 1995 and the couple have two children. They met in 1994 while working on The Count of Monte Cristo at the Royal Exchange Theatre in Manchester.