David Thewlis Net Worth: David Thewlis is an English actor and musician who has a net worth of $800 thousand dollars. Born David Wheeler on March 20, 1963 in Blackpool, Lancashire, England, he originally came to London with his band Door 66, however he changed his plans and entered Guildhall School of Drama.

He had minor roles in films and TV until he took the main role in Naked (1993). The film won him several awards, including the New York Critics Award. He has since been in many other films including DragonHeart (1996), Restoration (1995), Black Beauty (1994), Timeline (2003, Harry Potter and the Prisoner of Azkaban (2004), Kingdom of Heaven (2005), The Omen (2006), The Boy in the Striped Pajamas (2008), London Boulevard (2010), Mr. Nice (2010), Anonymous (2011) and War Horse (2011), the most successful of which was his role as Professor Remus John Lupin in the Harry Potter film series. Following a little time away from the spotlight, Thewlis played an enigmatic character, a man called The Frog, in the action sequel Red 2 (2013). The second of three children and the son of Maureen and Alec Raymond Wheeler, both parents worked at his father's shop, which sold toys in the summer and wallpaper and paint in the winter. As a teenager, he played in a rock band called QED in which he, Cliff Ashcroft, Mark Fawl and Chris Swift wrote most of their own music and lyrics. QED played at Blackpool hotels to earn money for equipment and to help pay for their first recording session at Storm Studios in Blackpool. Thewlis has lived with British actress Anna Friel since 2001. 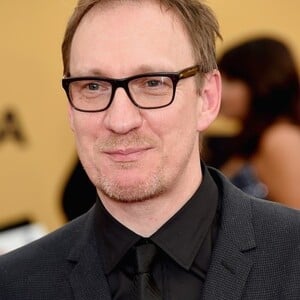