David Tennant Net Worth: David Tennant is a Scottish actor who has a net worth of $7 million dollars. David Tennant is best known for his role as the tenth incarnation of the Doctor in the British television series "Doctor Who" and as and as Barty Crouch, Jr. in the film "Harry Potter and the Goblet of Fire". David Tennant was born David John McDonald on April 18, 1971 in Bathgate, West Lothian, Scotland and grew up with his brother Blair and sister Karen in Ralston, Renfrewshire. At the age of three, Tennant told his parents that he wanted to become an actor because he was a fan of "Doctor Who", but they tried to encourage him to aim for more conventional work. He watched almost every "Doctor Who" episode for years, and he spoke to Tom Baker at a book-signing event in Glasgow. Tennant says he was "absurdly single-minded" in pursuing an acting career. Tennant attended the Royal Scottish Academy of Music and Drama; at 16, between the ages of 17 and 20, taking his stage name from the Pet Shop Boys frontman Neil Tennant. Tennant's first major TV role was as the manic depressive Campbell in the Scottish drama series" Takin' Over the Asylum" in 1994. Tennant became the 10th Doctor in 2005. His first full-length outing as the Doctor was a 60-minute special, "The Christmas Invasion", first broadcast on Christmas Day 2005 and played the part until 2010. 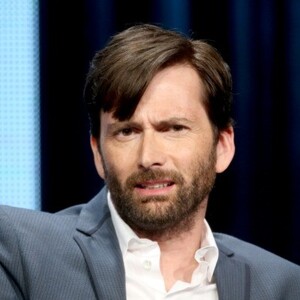