David Suchet net worth and salary: David Suchet is an English actor who has a net worth of $15 million dollars. David Suchet was born in London, England, and began acting with the National Youth Theatre when he was 18. He then went on to study at the London Academy of Music and Dramatic Art.

He began his professional acting career in the theater, performing at the Watermill Theatre in England. He then went on to join the Royal Shakespeare Company. From there he appeared in various productions in the West End, and on Broadway, including playing Salieri in "Amadeus" from 1998 to 2000. He began his professional on-camera career in 1970, and has gone on to appear in such projects as "Oppenheimer", "The Hunchback of Notre Dame", "Greystoke: The Legend of Tarzan, Lord of the Apes", "The Falcon and the Snowman", "Iron Eagle", "Harry and the Hendersons", "Henry VIII", "The Bank Job", and "Great Expectations", among many, many other projects. He is most widely recognized for his award-winning work in "The Way We Live Now" and "Agatha Christie's Poirot". 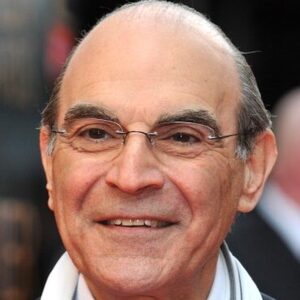