How much is David Strathairn Worth?

David Strathairn Net Worth: David Strathairn is an American actor who has a net worth of $8 million dollars. Since debuting in the 1980s, David has appeared in dozens of films and television shows. In 2005 he was nominated for a Best Actor Academy Award for his role in "Good Night, and Good Luck". He is also known for his role in several "Bourne" movies. He won an Emmy for his part in the 2010 TV film "Temple Grandin".

David was born on January 26, 1949 in San Francisco, California, in 1949. He earned his degree from Williams College in Massachusetts. He then enrolled in the Ringling Brothers and Barnum & Bailey Clown College and worked in a traveling circus before beginning his acting career.

He made his film debut in 1980's "Return of the Secaucus 7" and his TV debut in an episode of 1985's "Miami Vice". Today he known for roles in movies like "Harrison's Flowers", "Sneakers", "Dolores Claiborne", "L.A. Confidential", "A Midsummer Night's Dream", "Day One", "The River Wild", "Eight Men Out", "We Are…Marshall", and "A League of Their Own". Strathairn earned an Academy Award nod for his role as Edward R. Murrow in "Good Night, and Good Luck", in 2005.

David frequently appears in movies directed by John Sayles, a classmate from Williams. In addition to his screen career, Strathairn has appeared in more than 30 stage productions, including "The Players", "The Birthday Party", "Mountain Language", and "Ashes to Ashes". He has been married to nurse Logan Goodman, since 1980. They have two children together. Strathairn lives in upstate New York with his family. 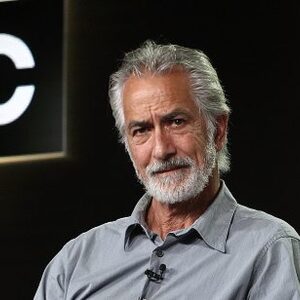