How much is David Soul Worth?

David Soul Net Worth and Salary: David Soul is an American actor and singer who has a net worth of $1 million dollars. He was born David Richard Solberg August 28, 1943 in Maidstone, Chicago, Illinois. David is best known for playing the handsome, blond-haired, blue-eyed Detective Kenneth Hutchinson on the wildly popular TV series Starsky and Hutch (1975). Soul also had a successful singing career and recorded several albums. He had worldwide number one hit singles including Silver Lady and Don't Give Up on Us Baby. At 24 years of age he joined a North Dakota musical revue, got noticed by a talent scout and signed to a studio contract. He went on to study acting with the Irene Daly School of The Actors Company and with the Columbia Workshop in Hollywood. He first appeared on TV in small roles on such shows as I Dream of Jeannie (1965), Flipper (1964) and All in the Family (1971). In 1973, Soul was fortunate enough to be cast as one of the corrupt motorcycle cops in the Clint Eastwood thriller Magnum Force (1973), where his talents came to the attention of several TV execs looking for someone to play one of the lead roles in the upcoming Starsky and Hutch TV series. The highly successful series lasted four seasons. In 1988, he received rave reviews for his portrayal of real life, cold-blooded cop killer Michael Lee Platt in the Line of Duty: The F.B.I. Murders (1988). It was considered very controversial for its intense level of violence in a made-for-TV production. David Soul remained busy throughout the '90s and beyond, in both film and on stage productions, and toured internationally in several theater productions. Throughout his life, Soul has continually championed social causes, often utilizing his own money to raise awareness of issues including the impact of the Vietnam War, the shutdowns in the US steel industry, animal welfare, world hunger and HIV education. 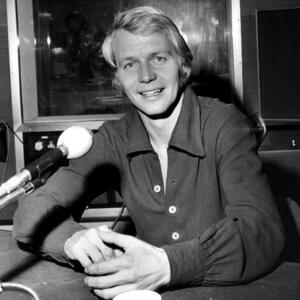