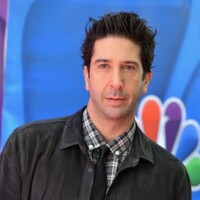 What is David Schwimmer's Net Worth and Salary?

David Schwimmer is an American actor, director and producer who has a net worth of $120 million. Although David Schwimmer is best known for playing the role of Ross Geller in the monumentally popular sitcom Friends, he has established himself as a versatile actor with a variety of film, stage, and voice acting roles.

David Lawrence Schwimmer was born on November 2nd of 1966 in Flushing, Queens, New York City. Raised in a Jewish household alongside an older sister by parents who were both attorneys, David's family soon relocated to Los Angeles. Once there, David became enamored with acting and developed a passion for Shakespeare.

David's family eventually relocated to Beverly Hills, where he attended high school. Schwimmer felt like an outsider during his high school years and planned to become a doctor after excelling in math and science. However, his passion for acting never went away, and David continued to enroll in drama classes and summer acting programs.

After high school, David Schwimmer attended Northwestern University and joined an improv group that included Stephen Colbert. He graduated in 1988 with a Bachelor of Arts degree in theater and speech. Although he founded the Lookingglass Theater Company in Chicago after graduating from university, he soon returned to Los Angeles to pursue an acting career.

David Schwimmer's first roles were in TV shows such as L.A. Law, The Wonder Years, NYPD Blue, and Monty. He also appeared in films such as A Deadly Silence and Flight of the Intruder.

Schwimmer's breakthrough came in 1994 when he was cast as Ross Geller in Friends. The first episode was viewed by 22 million Americans, and the show quickly developed a loyal following. During his time on Friends, Schwimmer branched out with roles in movies such as The Pallbearer, Kissing a Fool, Six Days, Seven Nights, Picking Up the Pieces, and Apt Pupil.

Another notable moment in Schwimmer's career came in 2001 when he starred in the World War II miniseries Band of Brothers. Schwimmer played Captain Sobel, a neurotic and disliked officer in the United States Army. In 2005, he started voicing Melman the giraffe in the Madagascar film series.

Over the next period, David Schwimmer started to direct movies such as Run Fatboy Run. he also made his Broadway debut with The Caine Mutiny Court Martial. In addition, he appeared in television series such as Curb Your Enthusiasm, 30 Rock, and Entourage.

In 2011, he returned to television after a long hiatus with a guest appearance in the British comedy series Come Fly With Me. In 2016, he played Robert Kardashian in the first season of American Crime Story, which was based on the OJ Simpson trial. Among other series, David Schwimmer appeared in Feed the Beast, Homecoming, and Intelligence. 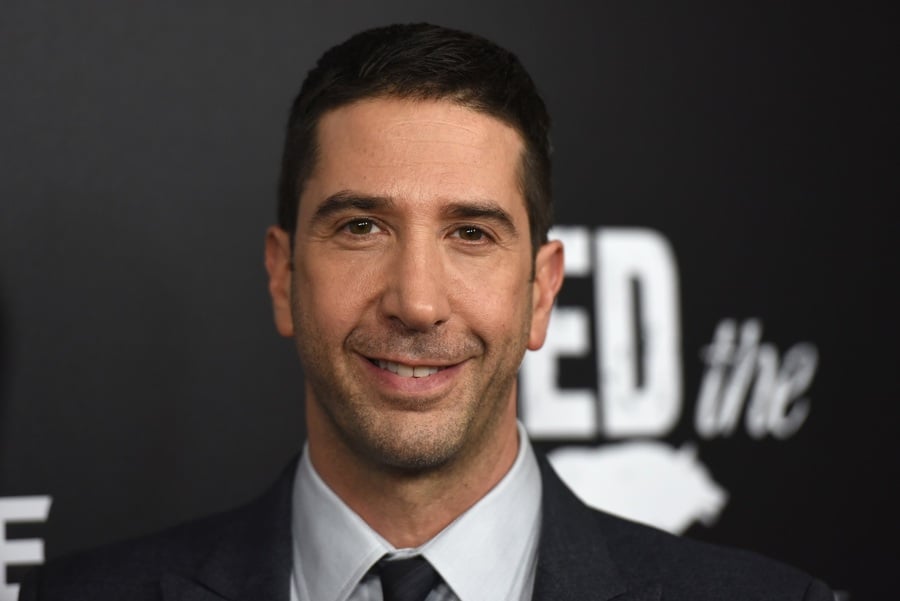 In 2010, David Schwimmer married Zoe Buckman. The next year, they had a child together. In 2017, the couple divorced after taking time apart from each other.

Before their contracts expired at the beginning of the third season, the main cast decided to band together as a group in order to renegotiate their renewed contracts. After a successful series of negotiations, the studio settled on a salary of $75,000 per episode for each main cast member during season three. This is the equivalent of $1.875 million per year.

But that cast wasn't finished yet. Before season seven began, the cast once again returned to the negotiating table with even more demands. As the cast stuck together and fought as a single group, the studio was forced to accept their demands of $750,000 per episode in seasons seven and eight, which equates to earnings of $18 million per season.

This insanely lucrative new contract also specified an amount of $1 million per episode for seasons nine and ten. In the end, the main cast of Friends earned $24 million for season nine and $18 million for season 10. All in all, David Schwimmer earned approximately $90 million in base salary alone from the show, just like every other main cast member – and that's before backend bonuses and on-going royalties entered the equation.

When David Schwimmer and the rest of the main cast of Friends renegotiated their contracts in 2000, they also worked backend points into the deal that paved the way for tremendous royalties once the show entered syndication.  These types of deals were incredibly rare, as only figures like Jerry Seinfeld and Bill Cosby had managed to hash out similar contracts.

The Friends brand continues to generate more than $1 billion per year in syndication royalties and streaming deals. This means that during a single year, David Schwimmer can collect between $10-20 million in royalties alone.

In 2001, Schwimmer paid $5.6 million for an extensive mansion in the exclusive neighborhood of Hancock Park in Los Angeles. The 11,336-square-foot house features nine bedrooms, five fireplaces, and a wood-paneled library. The outdoor area features tennis courts and a swimming pool. After initially listing the mansion for $10.7 million in 2011, David Schwimmer eventually lowered the price and sold the property in 2012 for just under $8.9 million.

In 2010, New York City became Schwimmer's primary residence when he purchased a townhome in Manhattan's East Village for $3.9 million. Schwimmer then redeveloped the property through a limited liability company, completely demolishing the historic 1852 property and replacing it with a five-story, brick townhouse.