How much is David S. Goyer Worth?

David S. Goyer Net Worth: David S. Goyer is an American screenwriter, director, comic book writer, and novelist who has a net worth of $9 Million. Born in Ann Arbor, Michigan on December 22, 1965, Goyer is best known for his screenwriting for the Blade trilogy, Christopher Nolan's Batman trilogy, Dark City, and Man of Steel. He has also directed several popular films including but not limited to Blade: Trinity, The Invisible, The Unborn, and Zig Zag. He has co-written several video games, among which major names such as Call of Duty: Black Ops and Call of Duty: Black Ops II appear. He has been nominated for four Hugo Awards. He attended Huron High School as well as the University of Southern California and graduated in 1988 from the School of Cinema-Television. He managed to sell his first screenplay in 1989 for a film called Death Warrant. He currently has a novel out called Heaven's Shadow, which received positive reviews and is currently being adapted to film via Warner Brothers. Goyer is currently scheduled to begin working with Joseph Gordon-Levitt on a film based on Neil Gaiman's The Sandman. He is currently married to Marina Black and is set to write for the film adaption for Metal Gear Solid as well as Justice League and the Man of Steel sequel. 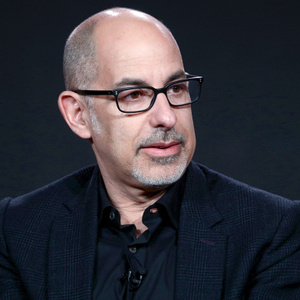