How much is David Pack Worth?

David Pack net worth: David Pack is an American composer, musician, record producer, and director who has a net worth of $20 million. Born in Los Angeles, California on July 15, 1951, Pack is best known for his membership to the band Ambrosia. He began singing and playing guitar for Ambrosia in 1970 and has been associated with Warner Bros. Records, Fox, Speakerheart, and Concord Records. Pack is a Grammy Award-winning musician and producer with notable efforts with artists such as Phil Collins, LeAnn Rimes, Brian McKnight, Selena, TLC, Amy Grant, and several others. He served as music director for both of President Bill Clinton's inaugurations and contributed to the music for West Side Story. Pack's prolific musical experience and influence has shaped the careers of several modern rock, country, folk, pop, and R&B artists. He wrote Ambrosia's three chart-topping singles — "Biggest Part of Me," "How Much I Feel," and "You're the Only Woman." He has appeared as a guest musician on several major tours such as Michael McDonald on his 1987-88 World Tour. He has made charitable donations and efforts to organizations such as United Way, National Institute for Suicidology, American Cancer Society, Grammy in the School, AIDS Project L.A., Magic with Music/Children's Hospital Organizations, and many more. 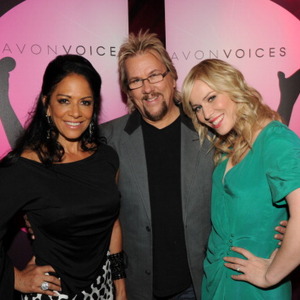