David Oyelowo Net Worth and salary: David Oyelowo is a British actor who has a net worth of $6 million dollars. David Oyelowo was born in Oxford, Oxfordshire, England, United Kingdom in April 1976. He studied theater and attended the London Academy of Music and Dramatic Art. Oyelowo acted with the Royal Shakespeare Company.

He made his television debut in the series Maisie Raine and Brothers and Sisters in 1998. From 2002 to 2004 he starred in the TV series Spooks as Danny Hunter. Oyelowo had a recurring role as Matt Wellings in the series Five Days in 2007. In 2014 he voiced the role of Agent Kallus in the television series Star Wars Rebels. He has also starred in the films Dog Eat Dog, A Sound of Thunder, The Best Man, Derailed, As You Like It, The Last King of Scotland, Who Do You Love?, A Raisin in the Sun, Rage, Rise of the Planet of the Apes, The Help, 96 Minutes, Red Tails, The Paperboy, Middle of Nowhere, Lincoln, jack Reacher, The Butler, and Interstellar. In 2014 Oyelowo starred as Martin Luther King, Jr. in the film Selma. For this role he was nominated for a Critics' Choice Movie Award, Independent Spirit Award, Golden Globe Award, and Satellite Award for Best Actor. Oyelowo was also nominated for an n Independent Spirit Award for Best Supporting Male for his role in Middle of Nowhere. In 2016 he appeared in the film A United Kingdom. In 2018 he will appear in the Amazon-produced film Gringo which also stars Charlize Theron, Amanda Seyfried and Thandie Newton. 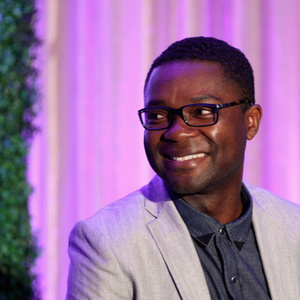