David Muir net worth and salary: David Muir is an American journalist and anchor who has a net worth of $20 million dollars. He is the anchor of ABC World News Tonight and co-anchor of 20/20.

David Muir was born in Syracuse, New York on November 8, 1973. He graduated from Syracuse University with a degree in Journalism in 1995. He began his professional broadcasting career immediately after finishing college. He joined the staff of WTVH-TV in Syracuse, and went on to earn numerous awards as a journalist over the next five years. In 2000, he moved to Boston to work for WCVB-TV as an anchor and reporter. He subsequently won the Edward R. Murrow Award for Investigative Reporting, among other honors. In 2003, he became the overnight anchor for "World News Now" on ABC. Since then, he has become the weekend news anchor, and the broadcast has been renamed "World News with David Muir". He is also a co-host of "20/20". 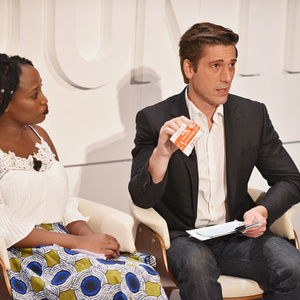