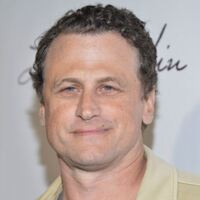 David Moscow net worth: David Moscow is an American actor, writer, director, and producer who has a net worth of $3 million. David Moscow was born in Bronx, New York City, New York in November 1974. In 1989 he starred as Peter Mathews on the television series Live-In and as Eric Carlin on the TV series Living Dolls. From 1999 to 2000 he starred as Duncan Milch on the series Zoe, Duncan, Jack & Jane. Moscow debuted on the TV series Kate & Allie from 1986 to 1987. He has also appeared in several other movies and TV series including Big, The Wizard of Loneliness, Newsies, White Wolves: A Cry in the Wild II, Hurricane Streets, Seinfeld, Restaurant, Girl, New York Undercover, Side Streets, River Red, Loving Jezebel, Endsville, Riding in Cars with Boys, Just Married, Honey, Numb3rds, Humdinger, White Dwarf, This is Christmas, and more. He was nominated for Young Artist Awards for Big and Newsies. David Moscow was engaged to actress Kerry Washington from 2004-2007. He married Karen Riotoc in September 2014.