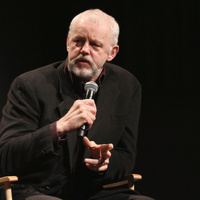 David Morse Net Worth: David Morse is an American actor, singer, director and writer who has a net worth of $3 million dollars. Born October 11, 1953 in Beverly, Massachusetts, he was a fixture in theater productions with the Boston Repertory Company during the '70s before moving to New York to pursue work with the Circle Repertory. His feature film debut came in Richard Donner's Inside Moves (1980), which cast him as a likable basketball player turned bartender. After playing the bit part of shoe store cop in Max Dugan Returns (1982), Morse landed the role that soon brought him national attention. As Dr. Jack Morrison on St. Elsewhere, Morse invested himself deeply in the role. Morse also directed two episodes of St. Elsewhere in 1987. When St. Elsewhere ended, Morse branched out into meatier character parts, playing a paid assassin in the two-part miniseries Brotherhood of the Rose (NBC, 1989) and a crazed kidnapper in Cry in the Wild: The Taking of Peggy Ann (NBC, 1991). His most layered performance during this period came in Sean Penn's directorial debut, The Indian Runner (1991), which earned him an Independent Spirit Award nomination. Morse earned perhaps his greatest acclaim for his performance in How I Learned to Drive, which Morse was honored for with Drama Desk and Obie Awards, among other accolades. He played a tough but fair prison guard in The Green Mile (1999) and outshined stars Russell Crowe and Meg Ryan in Proof of Life (2000). In Lars Von Trier's "Dancer in the Dark" (2000), Morse performed song and dance numbers. He also played a police detective in the television series 'House'. These days, Morse stays busy splitting his professional time mostly between stage and television roles.