What Is David McCallum's Net Worth and Salary?

David McCallum was born David Keith McCallum Jr. on September 19, 1933, in Maryhill, Glasgow, Scotland. His mother, Dorothy, was a cellist, and his father, David Sr., was an orchestral violinist. At a young age, David and his older brother, Iain, moved to London with their parents so their father could take a job as the leader of the London Philharmonic Orchestra. During World War II, McCallum's mother took him back to Scotland, and they lived with her sister until they found a home by Loch Lomond.

David earned a scholarship to London's University College School, where he played the oboe. He soon discovered a love of acting, and he told "The Scotsman" newspaper, "I played The Little Prince in Shakespeare's 'King John,' at one of those local things where people do skits and songs. Mine was the little prince having his eyes put out by this terrible man, and I acted it, evidently, very well, because I got a standing ovation. I wasn't more than eight. And I said: 'Hey, hey, hey, this is kinda cool!' I don't know if I consciously thought it, but I had found the place I wanted to be: on a stage, with the lights and make-up and the people."

McCallum appeared in a Play and Pageant Union production of "A Midsummer Night's Dream" at age 17, and the following year, he left school and was called up for National Service. He served in the British Army's 3rd Battalion, The Middlesex Regiment and was promoted to lieutenant in 1954. After his time in the army, David attended London's Royal Academy of Dramatic Art. 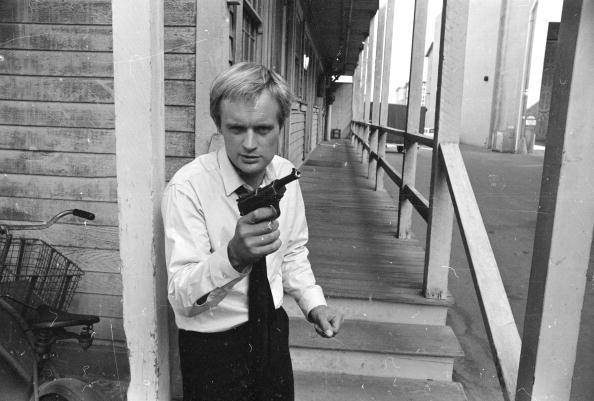 David married actress Jill Ireland on May 11, 1957, after meeting on the set of the film "Hell Drivers." Their adopted son, Jason, passed away from an accidental drug overdose in 1989. McCallum spoke to "The Belfast Telegraph" about Jason's death in a 2016 interview, stating, "You never come to terms with the death of a child. The pain is very real, but it's like an ache that turns into anger. At the same time, there's a frustration that you couldn't really have done anything about it, which makes it even worse."

David and Jill also welcomed sons Valentine and Paul before divorcing in 1967; Ireland died of breast cancer six months after Jason's death. McCallum married model Katherine Carpenter on September 16, 1967, and they have a daughter named Sophie and a son named Peter. David was naturalized as a U.S. citizen in 1999.