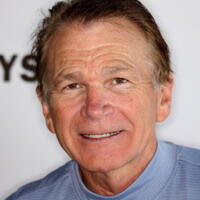 David Leisure net worth: David Leisure is an American actor who has a net worth of $2 million. David Leisure was born in San Diego, California in November 1950. He is best known for starring on the television series Empty Nest as Charley Dietz from 1988 to 1995. Leisure starred as Roger Wilkes on the soap opera The Young and the Restless in 2009. From 2009 to 2011 he starred as D.A. Charles Woods on the soap opera Days of Our Lives. David Leisure has also appeared in several films including Airplane!, Airplane II: The Sequel, You Can't Hurry Love, The Brady Bunch Movie, Nowhere, Hollywood Safari, 10 Things I Hate About You, 3 Strikes, Elvis Has Left the Building, and more. He has also appeared in episodes of TV series including Sabrina the Teenage Witch, Diagnosis: Murder, The Parent 'Hood, Caroline in the City, The Wayans Bros., Touch by an Angel, Lois & Clark: The New Adventures of Superman, The Golden Girls, Married… with Children, T.J. Hooker, ALF, and more.