David Lander net worth: David Lander was an American actor, comedian, musician, composer, and baseball scout who had a net worth of $8 million at the time of his death in 2020. He is best known for starring as Andrew "Squiggy" Squiggman on the television series "Laverne & Shirley" opposite Michael McKean, who played his cohort "Lenny". Lenny & Squiggy became breakout stars from the show.

David Lander was born in Brooklyn, New York on June 22, 1947. Lander and McKean developed the characters that would later earn them fame while at Carnegie Mellon University. Lander appeared on "Laverne & Shirley" from 1976 to 1983, appearing in 156 total episodes. He would go on to have well over 100 acting credits. Lander starred as Elvis in the TV series "Pacific Blue" from 1996 to 1997. From 1997 to 1998 he starred as Dr. Martin "Marty" Guthrie in the soap opera "The Bold and the Beautiful". Lander has voiced roles for the TV series "Galaxy High", "Midnight Patrol: Adventures in the Dream Zone", "Tattooed Teenage Alien Fighters from Beverly Hills", "Jungle Cubs", and "101 Dalmatians: The Series". He also starred as Charlie in the TV series "Break a Hip in 2015".

Outside of acting, Lander worked as a baseball scout for the Angels and Mariners.

Lander served as the Goodwill Ambassador for the National Multiple Sclerosis Society. He himself was diagnosed with MS in 1984. He would die from complications to MS on December 4, 2020 at the age of 73. 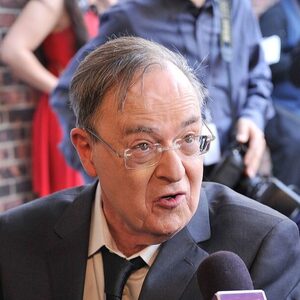