David was born in Queens, New York on May 15, 1978. His mother Judy moved from Hungary to the U.S. in 1956. She was a dental assistant, and his father was a postal worker named Michael Krumholtz. He grew up in a Jewish working class family. He started his acting career at age 13, playing the role of Young Charlie opposite Judd Hirsch, Tony Shalhoub, and Jason Biggs, in the Broadway production of Conversations with My Father, in 1992. 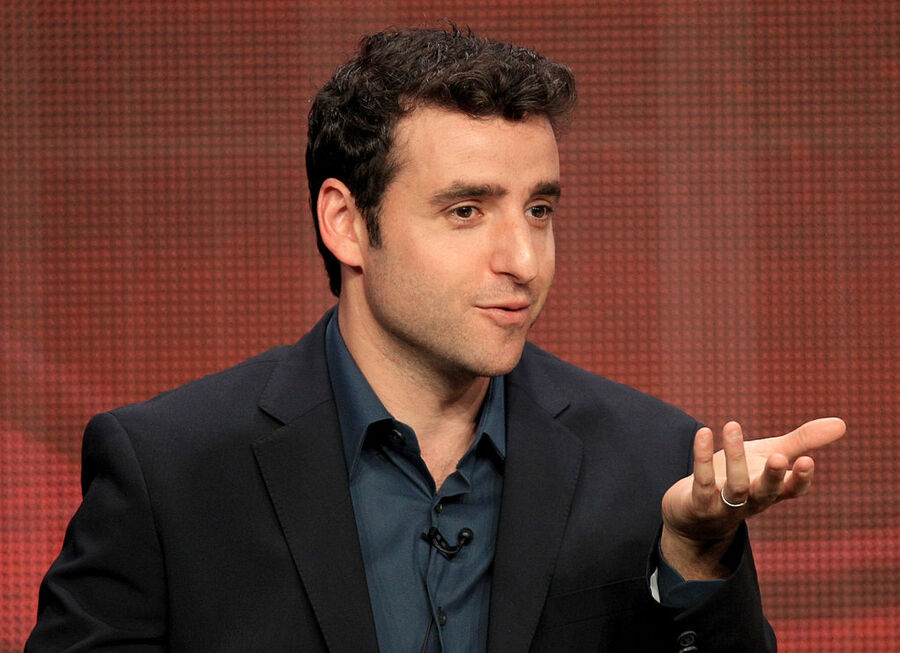 His next two featured films were Life With Mickey, where he co-starred opposite Michael J. Fox, and Adams Family Values opposite Christina Ricci, both movies were filmed in 1993. He was nominated for the Young Artist Award in 1993 for his role in Life With Mickey. His first TV role came about in 1994, where he co-starred with Henry Winkler on the series Monty, at the time Krumholtz was only 16 years old. After that he appeared on the show Chicago Sons, with Jason Bateman, The Closer with Tom Selleck, The Trouble with Normal with Jon Cryer and The Lyon's Den with Rob Lowe. In 2005 he finally found television success with his role on the TV series Numb3rs. In addition he has made several memorable guest appearances on ER, Law & Order, Undeclared, Lucky, and Freaks and Geeks. Some of the other films he has appeared in include The Ice Storm, Slums of Beverly Hills, 10 things I hate about You, and Liberty Heights. He married actress Vanessa Britting on May 22, 2010.

David Krumholtz has long owned a home in Larchmont Village, Los Angeles, California. Krumholtz's English cottage style property is 2,013 square feet, with 3 bedrooms, and 3 bathrooms. The living room features honey colored hardwood floors that continue into the dining room, barrel vaulted ceiling, and French doors from the living room opening to the terrace surrounding the swimming pool. The kitchen has beige tiled floors, sand colored granite countertops, and caramel colored cabinets. The back yard is outfitted with an outdoor fireplace and built-in barbecue.