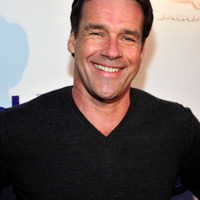 David James Elliott Net Worth: David James Elliott is a Canadian-American actor who has a net worth of $15 million dollars. David James Elliott was born David William Smith in Milton, Ontario, Canada in September 1960. He is best known for starring in the TV series JAG. He quit high school in his senior year to play in a band, but later returned to finish. He attended Ryerson University in Toronto and joined the Stratford Shakespeare Festival's Young Company. He moved to Los Angeles and changed his name after another actor was named David Smith. In 1986 he appeared in the TV series The Campbells and in the films Police Academy 3: Back in Training and the Climb. Elliott appeared in the TV shows Street Legal and Knots Landing. In 1993 he played Agent Paul Robbins in The Untouchables. From 1994 to 1995 he starred in Melrose Place. Elliott's best known role came as Harmon "Harm" Rabb on the TV series JAG from 1995 to 2005. He also starred in the TV shows Close to Home, The Guard, Scoundrels, and GCB. He has also appeared in episodes of Mad Men, CSI: NY, Medium, Yes, Dear, and Seinfeld. In 2000 Elliott won the TV Guide Award for Favorite Actor in a Drama for JAG.