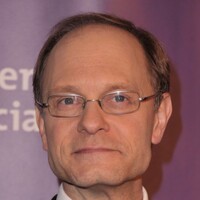 What is David Hyde Pierce's Net Worth?

David Hyde Pierce originally planned to be a concert pianist.  He was even accepted to Yale University's music program.  However, the lure of acting drew him away from the practice room, and he subsequently graduated with degrees in English and Theatre Arts.  This proved to be a wise decision on his part.  He went on to win four Emmy Awards for his work on the hit sitcom, "Frasier", and he was nominated a record eleven consecutive times.  He has appeared on Broadway multiple times, and won a Tony Award for his work in "Curtains".  He has also enjoyed a very successful voiceover career, voicing characters in such projects as "A Bug's Life", "Tangerine Bear", "Osmosis Jones", "Treasure Planet", "Hellboy", "The Simpsons", and "The Amazing Screw-On Head".

In 2021 David began starring on the HBO series "Julia." In the show he plays Paul Child, husband of Julia Child.

In the final two seasons of "Frasier," Pierce earned $1 million per episode of the show. That's the same as around $1.5 million in today's dollars after adjusting for inflation and still stands as one of the highest salaries paid per episode to a television actor. He essentially earned $22 million per season, $44 million for those final two seasons, and he's earned tens of millions in dollars from reruns.

David Hyde Pierce was born David Pierce on April 3, 1959, in Saratoga Springs, New York. He grew up with mother Laura (an insurance agent), father George (an aspiring actor), older sisters Nancy and Barbara, and older brother Thomas. David later began using the middle name Hyde (his father's middle name) because there was another actor named David Pierce. During his youth, Pierce enjoyed playing organ at a local church, and he became interested in drama as a high school student. After graduation, he enrolled at Yale to study classical piano but later changed his major, graduating with degrees in English and Theatre Arts in 1981. As a college student, David directed and starred in student productions and performed in "Who's Afraid of Virginia Woolf?" and "Waiting for Godot."

Pierce moved to New York City after college, and he worked as a security guard and sold ties at Bloomingdale's while taking classes at Michael Howard Studios. He performed on Broadway for the first time in a 1982 production of Christopher Durang's "Beyond Therapy," and he made his television debut five years later with guest-starring roles on "Spenser: For Hire" and "Crime Story." David's first feature film was 1988's "Bright Lights, Big City," and by the end of the decade, he had also appeared in "Crossing Delancey" (1988), "Rocket Gibraltar" (1988), and "Vampire's Kiss" (1989). In 1991, Pierce appeared in the films "Little Man Tate" and "The Fisher King," and the following year, he played Congressman Theodore Van Horne on the NBC sitcom "The Powers That Be," which ran for 21 episodes. In 1993, David appeared in "Sleepless in Seattle" and "Addams Family Values," and he landed the role that would make him a household name: psychiatrist Niles Crane on "Frasier." The series, which aired 264 episodes over 11 seasons, earned Pierce several awards and won the Primetime Emmy for Outstanding Comedy Series five years in a row. While starring on "Frasier," David appeared in several films, including "Chain of Fools" (2000), "Full Frontal" (2002), and "Down with Love" (2003), hosted "Saturday Night Live" (1995), and guest-starred on "Caroline in the City" (1995; 1996), "The Outer Limits" (1996), and "Titus" (2001). 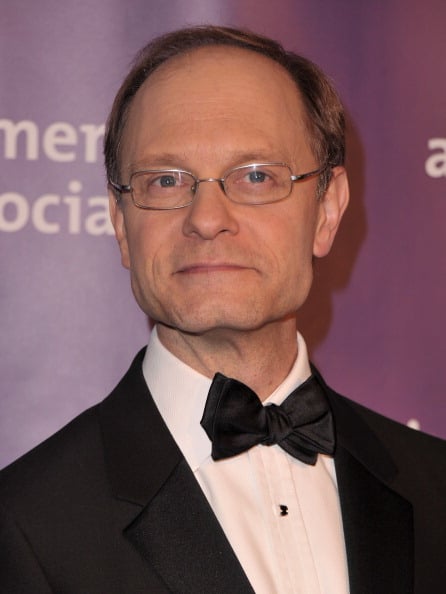 Pierce voiced Cecil Terwilliger on "The Simpsons" in 1997 and 2007 and returned as a different character in 2014. He narrated the films "Forever Plaid: The Movie" (2008) and "Stingray Sam" (2009) and played the lead role in the 2010 psychological thriller "The Perfect Host." In 2012, he guest-starred as Commander Chiphead on "Sesame Street," and from 2014 to 2015, he played Frank Prady on eight episodes of "The Good Wife." David directed the musical "It Shoulda Been You" on Broadway in 2015 as well as an Off-Broadway production of David Lindsay-Abaire's "Ripcord." In 2017, he returned to Broadway to co-star with Bette Midler in "Hello, Dolly!," which earned him nominations from the Tonys, Outer Critics Circle Awards, and Drama League Awards. That year, Pierce was featured in "When We Rise," a miniseries about LGBT rights, and appeared as himself on Julie Andrews' educational Netflix series "Julie's Greenroom." David is set to appear in the horror film "The Georgetown Project," which is scheduled for release in 2021.

David married Brian Hargrove, a TV writer, director, and producer, on October 24, 2008, a few days before same-sex marriage was banned in California. When Pierce won his Tony in 2007, he thanked Hargrove during his speech, stating "it's 24 years of listening to your damn notes—that's why I'm up here tonight." David's father and grandfather both suffered from Alzheimer's disease, and he has supported the Alzheimer's Association for years. He has campaigned for the National Alzheimer's Project Act, and he testified in Washington, D.C., about the need for funding for Alzheimer's treatment. 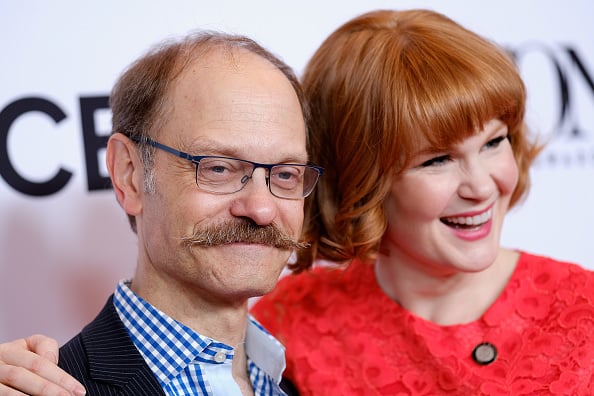 Pierce has been nominated for 11 Primetime Emmys, winning Outstanding Supporting Actor in a Comedy Series for "Frasier" in 1995, 1998, 1999, and 2004. His performance as Niles Crane also earned him five Golden Globe nominations, six American Comedy Awards, five Online Film & Television Association awards, two Screen Actors Guild Awards (Outstanding Performance by a Male Actor in a Comedy Series and Outstanding Performance by an Ensemble in a Comedy Series), two Television Critics Association Awards, six Viewers for Quality Television Awards, and a "TV Guide" Award. In 1997, David won a CableACE Award for Guest Actor in a Dramatic Special or Series for "The Outer Limits" and an Online Film & Television Association award for Best Guest Actor in a Comedy Series for "Caroline in the City." Pierce has earned four Tony nominations, winning Best Actor in a Musical for "Curtains" in 2007 and the Isabelle Stevenson Award in 2010. He received an Honorary Doctor of Fine Arts Degree from Lewiston, New York's Niagara University in 2007, and also has an Honorary Degree from Skidmore College, which is located in his hometown.