David Hewlett net worth: David Hewlett is an English-Canadian actor who has a net worth of $2 million dollars. David Hewlett was born in Redhill, Surrey, England, United Kingdom, and grew up in Canada. He was initially interested in pursuing a career in computing, and spent most of his time focused on that.

However, midway through high school, he began appearing in a friend's short films. He eventually dropped out of school to pursue dual careers in acting and computing. He launched his own web design firm, Darkly Media, and moderated an online film community he founded called, Fusefilm.com. His design business supported his acting work until he began booking roles steadily. His professional career began with a guest-starring role on the television show, "The Edison Twins", in the mid-80s. He then began adding film and television credits to his resume, including such projects as "Pin", "Street Legal", "Kung Fu: The Legend Continues", "Cube", "Splice", and "Rise of the Planet of the Apes". He is most widely recognized for his co-starring roles on "Traders" and "Stargate: Atlantis". 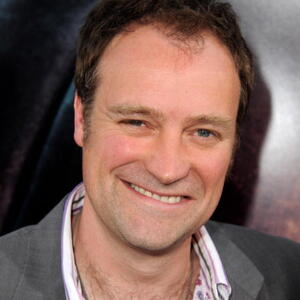