David Henrie net worth and salary: David Henrie is an American actor, television writer, director, and producer who has a net worth of $3 million dollars. David Henrie was born in Mission Viejo, California in July 1989. He got his big break at 13 in the Fox sitcom The Pitts. He starred in the Hallmark movies Monster Makers and Dead Hollywood Moms Society.

He captained the Green Team/Cyclones in the 2008 Disney Channel Games. Henrie appeared in the Disney Channel movie Dadnapped. He had a recurring role on That's So Raven from 2004 to 2007. He had a recurring role on How I Met Your Mother from 2005 to 2014. Most notably, David Henrie starred on the series Wizards of Waverly Place from 2007 to 2012. In total he appeared in 106 episodes of Wizards. He wrote the special Meet the Werewolves and has directed a couple of short films. Henrie has also written two episodes of Wizards of Waverly Place. In 2015 he appeared in the movies Walt Before Mickey and Paul Blart: Mall Cop 2. He has been nominated for four Young Artist Awards and a Kids' Choice Award. He started riding dirt bikes at 13 and enjoys playing the guitar. His younger brother is actor Lorenzo James Henrie who had a recurring role in 7th Heaven. In September 2018, David was arrested at LAX airport in Los Angeles for carrying a loaded weapon through security. 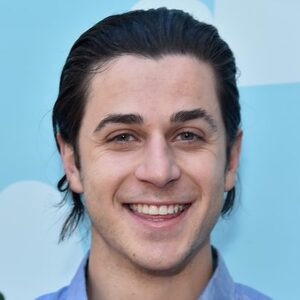