David Hedison net worth: David Hedison is an American actor who has a net worth of $1 million. David Hedison was born in Providence, Rhode Island in May 1927. Hedison moved to New York where he studied with Sanford Meisner at the Neighborhood Playhouse and Lee Strasberg at the Actors Studio.

He started off in stage productions and won a Theater World Award. From 1959 to 1960 he starred as Victor Sebastian in the television series Five Fingers. One of his best known roles came starring as Captain Lee B. Crane in the TV series Voyage to the Bottom of the Sea from 1964 to 1968. In 2004 he starred as Arthur Hendricks in the soap opera The Young and the Restless. Hedison has also had recurring roles in the TV series Family, Romance Theatre, Fantasy Island, The Love Boat, Simon & Simon, A.D., The Colbys, and Murder, She Wrote. He has also starred in the movies The Enemy Below, The Fly, The Son of Robin Hood, The Lost World, Marines, Let's Go!, The Greatest Story Ever Told, North Sea Hijack, The Naked Face, A.D., Fugitive Mind, Live and Let Die, License to Kill, Spectres, and The Reality Trap. 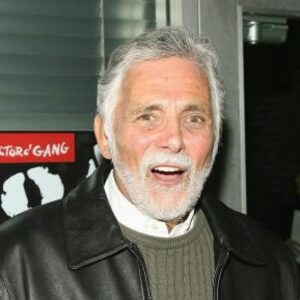