David Hasselhoff net worth: David Hasselhoff is an American actor, singer, director, and producer who has a net worth of $10 million. David Hasselhoff rose to fame in the '80s and '90s, with starring roles in "Knight Rider" and "Baywatch." He also launched a moderately successful singing career in Europe. He was a judge on "America's Got Talent" from 2006-2009.

Early Life: David Michael Hasselhoff was born on July 17, 1952, in Baltimore, Maryland. He is the son of Dolores and Joseph Hasselhoff. Growing up, he lived in Jacksonville, Florida; Atlanta, Georgia; and suburban Chicago, Illinois. During high school, Hasselfoff was on the speech team, president of the choir, captain of the volleyball team, and had a number of roles in plays. In 1970, he graduated from Lyons Township High School in La Grange, Illinois. He studied at Oakland University in Michigan before relocating to California and graduating from the California Institute of the Arts with a degree in theater in 1974.

Career: Hasselhoff made his feature film debut in 1974's  "Revenge of the Cheerleaders." Not long after graduating from college, Hasselhoff was cast on "The Young and the Restless" as Dr. Snapper Foster. He played this role from 1975 to 1982. He was cast in the role of Michael Knight in Knight Rider in 1982. The popular show was on the air from 1982 to 1986. Three years later, Hasselhoff returned to television on "Baywatch." The show was originally canceled after one season, but Hasselhoff believed the show could be successful, so he invested his own money, became the show's executive producer, and launched "Baywatch" for the first-run syndication market in 1991. "Baywatch" was incredibly successful the second time around. It ran for 11 years and between 1991 and 2001 it was watched by nearly one billion people in 140 countries. In 1991, Hasselhoff also played Michael Knight again for the television movie "Knight Rider 2000." In 2008, he again played Michael Knight in "Knight Rider 2008."

Hasselhoff also had a successful music career in Europe. He was a guest judge on the first four seasons of "America's Got Talent." In 2010, he returned to "The Young and the Restless," to play Dr. Snapper Foster again in a short story arc in June. He was on the 11th season of "Dancing with the Stars" in 2010. He was paired with professional dancer Kym Johnson. They were the first couple eliminated from the competition.

A&E aired the reality television series "The Hasselhoffs" in late 2010. It featured Hasselhoff as well as his daughters Taylor-Ann and Hayley. The show focused on Hasselfoff's efforts to re-launch his career as well as his daughters' quests for Hollywood fame. A&E canceled the series after airing two episodes. The Biography Channel picked the show up and aired it in the U.K. in 2011. 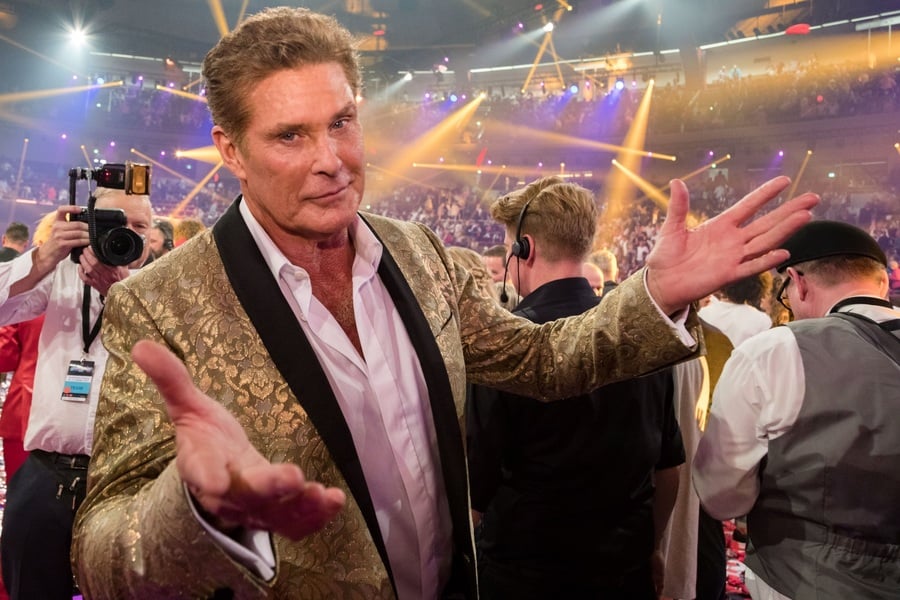 Is David Hasselhoff Broke? On May 20, 2016, David made international headlines when he revealed in court documents that he was supposedly broke, with less than $4,000 in his bank account. The filing was part of an ongoing spousal support case with his ex-wife Pamela Bach. Pamela currently gets $252,000 per year in support. If that seems too crazy to be true, it might be. In the same court filings, David admitted that his average monthly income is $112,000 and that he owns millions of dollars worth of real estate, cars, jewelry, and more. Furthermore, Pamela Bach filed a counterclaim which reportedly shows that David is worth closer to $120 million and has valuable real estate all over the world.

In 2011, Hasselhoff met Hayley Roberts. At the time, he was a judge on "Britain's Got Talent." Hasselhoff was in Cardiff, Wales for auditions when he wandered into a shop. She worked at the makeup counter at that shop and approached David for a photo. He was smitten and whisked her off on a long weekend in the Swiss Alps. They married in July 2018 in Puglia, Italy.

A video surfaced online on May 3, 2007, that quickly went viral. In the video, Hasselhoff appeared to be very drunk. His daughter Taylor-Ann filmed the video. In it, she pleads with him to stop drinking. After the clip surfaced, Hasselhoff released a statement revealing that his daughter recorded the video to show him how he behaved when he was drunk.

In May 2017, David Hasselhoff was named the first official mayor of the city of Funner, California.

Real Estate: In January 2020, it was announced that Hasselhoff was teaming up with his daughter Taylor to sell his $3.6 million Los Angeles home. The transaction is part of the new CNBC show called "Listing Impossible." The eight-episode series follows a team of realtors as they try to fix up and sell multimillion-dollar properties that have sat on the market for years because they're so highly customized to the current owners, they can't readily find a new one. David Hasselhoff's house is a five-bedroom, six-bathroom mansion decorated with a bunch of Hasselhoff stuff, from gold and platinum records to a movie theater decorated with director's chairs and Baywatch pinball machines. 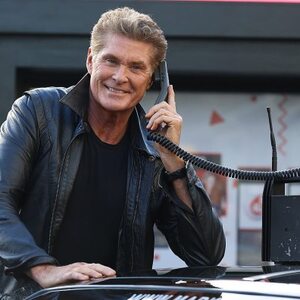