What is David Harbour's net worth and salary?

David Harbour is an American actor who has a net worth of $6 million. He is probably best known today for playing the role of Jim Hopper in the monumentally popular Netflix series "Stranger Things." In recognition of his performances, David won a Critics' Choice Award in 2018 and was also nominated for an Emmy and a Golden Globe. Outside of his work in "Stranger Things," David is known for appearing in films such as "Brokeback Mountain," "Quantum of Solace," "The Green Hornet," and "Suicide Squad." He also played the title character in 2019's ill-fated film "Hellboy." In 2021, he portrayed the superhero Red Guardian in the film "Black Widow."

David Kenneth Harbour was born on April 10th of 1975 in White Plains, New York. Raised by two parents who both worked in real estate, Harbour attended high school alongside actors such as Sean Maher and Eyal Podell. After graduating, he attended Dartmouth College in New Hampshire, eventually graduating in 1997.

David Harbour began his career on stage in 1999, booking a role in the play "The Rainmaker." He then made his television debut in an episode of "Law & Order." Another small role came in 2002, when he appeared in "Law & Order: Special Victims Unit." After a recurring role in the AMC series "Pan Am," David was recognized for his role in a production of "Who's Afraid of Virginia Woolf," earning a Tony Award nomination.

During this period, David began to branch out into film work, appearing in films such as "Quantum of Solace." This James Bond film saw David portray a CIA Agent. The film went on to earn almost $590 million at the box office on a budget of around $200 million. However, the film received mixed reviews, with critics comparing it poorly with "Casino Royale."

Harbour followed up with roles in movies like "Revolutionary Road" and "State of Play" before returning to the Law & Order franchise once again with an episode of "Law & Order: Criminal Intent." He spent the next few years continuing to appear in a number of films, including "Brokeback Mountain," "The Green Hornet," "End of Watch," and "Between Us." During this period, David continued to book recurring roles in series like "Elementary," "Manhattan," and "The Newsroom."

It wasn't until 2015 that Harbour booked what is perhaps the most defining role of his career. It was at this point that he was cast as Chief Jim Hopper in the Netflix series "Stranger Things." The show itself was extremely well-received, and Harbour was singled out for praise. He has been nominated for two Emmy Awards and a Golden Globe in recognition of this role, and he also won a Screen Actor's Guild Award along with the rest of the "Stranger Things" cast in 2017 for Oustanding Performance by an Ensemble in a Drama Series.

The show also attracted record viewership for Netflix and quickly accumulated a dedicated fanbase around the world. In 2019, it was announced that the show had been renewed for a fourth season, and that this season would premier in mid-2022. However, it was also announced that "Stranger Things" will end after the fourth season or possibly a fifth season.

In 2019, Harbour capitalized on the success of "Stranger Things" by landing one of his first major starring roles in the superhero reboot film "Hellboy." However, the 2019 film proved to be both a critical and commercial flop. It barely broke even at the box office with a gross of just $55 million on a budget of $50 million, meaning the studio almost certainly lost money on the endeavor. Critics also panned the film, and it holds an abysmal rating of just 18% on Rotten Tomatoes.

The film was compared negatively to Guillermo del Toro's original "Hellboy" films, as the original director was not brought on board for this film. Johnny Oleksinksi of "The New York Post" called the film a "grotesque misfire." With all that said, critics conceded that David Harbour's portrayal of the lead character was solid, and that his acting was not the sole cause of the film's colossal failure. He later stated that he thought the movie "failed before began shooting" because of the dedicated fanbase who were loyal to del Toro and Ron Perlman, as he felt they would hate the film no matter what happened.

More recently, Harbour has returned to superhero flicks by playing the role of Red Guardian in 2021's "Black Widow." 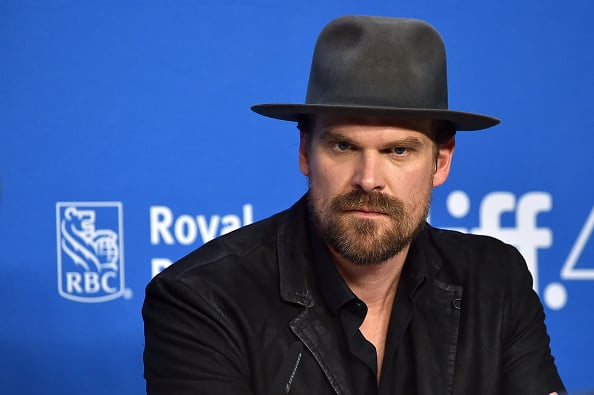 In 2019, David Harbour began a relationship with singer Lily Allen. One year later, they were married. David is now the step-father to Allen's two daughters from previous relationships.

David Harbour has been outspoken about his struggles with mental health issues in the past. During his time as a young adult, David became an alcoholic. However, he has pursued a sober lifestyle since his early 20s. During his mid-20s, Harbour was diagnosed with bipolar disorder. Harbour has stated that he once believed in ghosts but has since reevaluated this mindset.

David made $100,000 per episode for the first two seasons of "Stranger Things." There were 17 episodes during this period, which works out to around $1.7 million for the two seasons. Before the third season, both David and Winona Ryder received significant raises, increasing their payments to $350,000 per episode. That worked out to approximately $3 million in total earnings for Harbour during the third season. 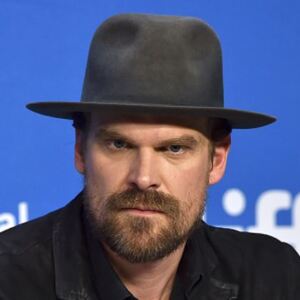