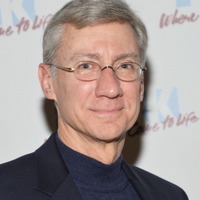 David Garrison net worth: David Garrison is an American actor and singer who has a net worth of $3 million. David Garrison was born in Long Branch, New Jersey in June 1952. His best known role came starring as Steve Rhoades on the television series Married with Children from 1986 to 1995. Garrison starred as Normal Lamb on the TV series It's Your Move from 1984 to 1985. In 1990 he starred in the series Working It Out as Stan. David Garrison has also had recurring roles on the TV series The Practice as Asst. U.S. Atty. Theodore McNally and as Richard Billings on the series Law & Order. He has also starred in many stage productions including The Wizard, Wicked, Dead Poets Society, Oliver!, Titanic, The Pirates of Penzance, and more. David Garrison has won two Drama-Logue Awards and been nominated for a Drama Desk Award and a Tony Award.