David Gallagher net worth: David Gallagher is an American actor who has a net worth of $3 million. David Gallagher began his career as a child actor and a model at the age of two. He is best known for his role as Simon Camden on the television series, 7th Heaven, and is a five-time Young Artist Award nominee and Teen Choice Award winner.

He is also known for his feature film roles, including Mikey Ubriacco in Look Who's Talking Now, Kevin Harper in Angels in the Endzone, and as Richie Rich in Richie Rich's Christmas Wish. David Lee Gallagher was born on February 9, 1985 in College Point, New York. He graduated from Chaminade College Preparatory School in California in 2003, and graduated from the University of Southern California in 2007 where he majored in film and television studies. He started his acting career as a toddler appearing in television commercials for products like Tyson Foods and Fisher Price. At 8, he appeared in the soap opera, Loving, and his film debut came in 1993 with his role in Look Who's Talking Now. In 1996, he appeared in the movie, Phenomenon and later that year was cast in the family drama series, 7th Heaven. 7th Heaven remained on the air for 11 seasons, making it the longest-running family drama in television history. During the 8th season of 7th Heaven, David left the show to attend college full time but would return to the series part time in season 9 and periodically appeared in season 10. His first role after leaving 7th Heaven was a guest stint on Numb3rs, playing serial killer Buck Winters. He also appeared in the television show CSI: Miami and starred in the horror sequel Boogeyman 2. He has continued to make guest appearances on several television shows and has also done voice over acting, including the voice of Riku in the Kingdom Hearts video game series. 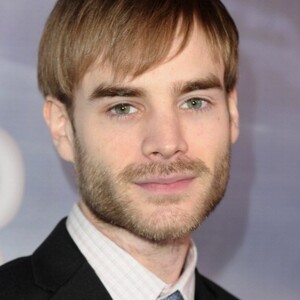