David Faustino Net Worth: David Faustino is an American actor who has a net worth of $6 million. David is probably best-known for starring on the long-running Fox sitcom "Married… with Children". He appeared in all 259 of the show's episodes between 1987 and 1997.

He was born in Los Angeles, California on March 3, 1974. David Faustino began acting as an infant, appearing on the "Lily Tomlin Special" when he was three months old. In 1980, he scored a part on "Little House on the Prairie", and began acting more consistently throughout the decade.

He landed his best-known role in 1987 as Bud Bundy on the sitcom "Married…with Children" alongside Ed O'Neill, Katey Sagal, and Christina Applegate. Faustino appeared on the show for a full decade, starring in more than 250 episodes before the final episode aired. Since then, he has appeared on "Blossom", "Burke's Law", "MADtv", "The New Addams Family", "Celebrity Boot Camp", "Killer Bud", "One on One", "RoboDoc", "Modern Family", "Not Another B Movie", and "Entourage". He released his debut album, "Balistyx" in 1992 under the name D'Lil. Faustino also opened a nightclub in Los Angeles with the same name.

Personal Life: Faustino married Andrea Elmer, in Las Vegas in 2004 after they met at a local spiritual center. The pair filed for divorce in 2007, with Faustino requesting no payments for spousal support. Several months later, he was arrested for marijuana possession and agreed to attend rehab. He has a child with longtime girlfriend Lindsay Bronson.

"We got really screwed over. I mean, the show 'Married With… Children' was on for 11 years, and we all made really good money while we were doing it. We made great weekly pay checks, but residuals — we all got screwed over because Fox at the time was not a network, it was a cable network, and so it was under a cable contract. So the show 'Married With… Children' has made over a billion dollars, and we didn't really get a piece of that." 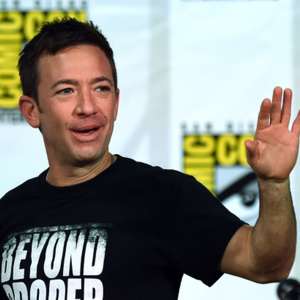