What is David Dobrik's Net Worth?

David Dobrik is a Slovakian American actor, social media personality, entrepreneur and vlogger. As of this writing, David Dobrik has a net worth of $25 million. He is best known for his successful Vine account (now defunct) and YouTube channels. He is one of the most-popular and highest-paid social media personalities in the world with annual earnings that have recently topped $15 million. As of this writing David has more than 45 million followers on his various social platforms. He first became popular on YouTube but has also taken off on TikTok.

In 2020 David earned $16 million from his empire which today includes corporate sponsorships with brands like EA, Bumble and SeatGeek. A large portion of his annual earnings comes from his apparel line, Clickbait, which sells hoodies, shorts, pants and more.

Born on July 23, 1996, in Košice, Slovakia, Dobrik's family moved to Vernon Hills, Illinois, when he was six years old. He has three siblings. He attended Vernon Hills High School, where he played tennis. He qualified for the 2014 Boys Tennis State Tournament, winning third place in the doubles tournaments. After graduating high school, Dobrik moved to Los Angeles for his career.

Dobrik first uploaded his first post to Vine, a now-defunct short-form video sharing app, in 2013. His six-second clips proved popular, and he amassed a large following on the app of more than a million, frequently collaborating with other Vine personalities such as Liza Koshy, Gabbie Hanna, and Jason Nash. He was also a member of the YouTube group Second Class, who had over 18,000 subscribers by the end of the channel in 2015.

Building on his Vine popularly, Dobrik launched his own YouTube channel, "David Dobrik", in 2015. On it, his videos are mostly comedy vlogs based on real-life situations and semi-scripted scenarios, and often feature his former Vine collaborators. He created his secondary YouTube channel, "David Dobrik Too", in August 2016. This secondary channel mainly features blooper reels, challenge videos, and direct sponsorship deals.

In December 2018, Dobrik received a Diamond Play Button from YouTube in recognition for surpassing 10 million subscribers on his YouTube channel. That same year, he was named one of the "10 Social Media Personalities Making the Most Noise" by PAPER magazine. As of December 2019, Dobrik's vlog channel on YouTube had over 15 million subscribers and 6.4 billion views. It was the fifth-most viewed creator channel on YouTube in 2019, with 2.4 billion years in that year alone. Also in December 2019, one of Dobrik's videos featuring a large-scale elephant's toothpaste experiment was named the Number 1 Top Viral Video on TikTok, another short-form video sharing app. It had amassed 17.5 million likes and 180 million views.

In addition to his video content, Dobrik has a podcast with fellow YouTuber and former Vine star Jason Nash, "VIEWS". Dobrik launched his third YouTube channel, "Views Podcast", where he posts the video podcast of VIEWS. He was subsequently featured by The Verge as one of the YouTubers who were able to make podcasts work on YouTube despite the platform's heavy emphasis on video content. 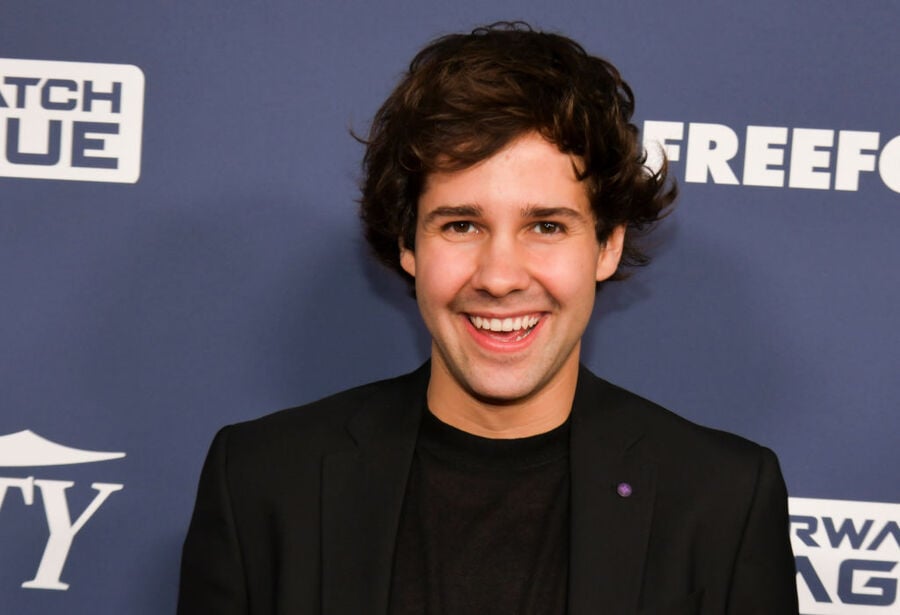 Alongside other celebrities such as Diana Silvers, Gigi Hadid and Joe Jonas, Dobrik was featured in a July 2019 article by W magazine highlighting the trend of creating a separate Instagram account dedicated to showcasing photos taken with the use of films or by disposable cameras. In January 2020, Dobrik launched his own mobile camera application, "David's Disposable," which allows users to create retro-looking photographs of their own on their smartphones. The app itself is free, supported by advertisements, but users also have the option of paying a $1 subscription fee to access everything ad-free. Users can take photos directly in the application, but have to wait until 9AM the following day before they are available, a feature meant to simulate the wait time for photos from disposable cameras to be developed. Photos can also be ordered directly from the app as prints. As of February 2020, the app surpassed over a million downloads.

Dobrik's popularity and success is reflected in his many features and awards, including the Choice Male Web Star award at the 2019 Teen Choice Awards. He was also featured in Variety magazine's annual "Power of Young Hollywood" list in August 2019, and named Sexiest Heartthrob of 2019 by People magazine. Additionally, according to a survey by Piper Jaffray & Co., Dobrik was named the top influencer and personality to follow on social media by teenagers.

To celebrate National Burrito Day, restaurant chain Chipotle partnered with Dobrik in April 2019 and made his regular order the brand's official National Burrito Day burrito – the Dobrik Burrito. For this partnership, Dobrik won the Brand Engagement Award at the Streamys Brand Awards in September 2019. Dobrik also has a partnership with SeatGeek, which, according to Google Trends data, has generated as much search interest as "mainstream" partnerships such as Chrissy Teigen and Target.

In a November 2019 interview with Insider, Dobrik revealed that when he received only 16 million views a month on YouTube, he could make $275,000 a month in advertising revenue from his videos. More recently, following more stringent YouTube guidelines and attempts by the platform to promote more family-friendly content (commonly known as the "Adpocalypse"), he makes under $2,000 per video despite getting over 200 million views.

Other Pursuits Beyond the Internet

In July 2019, Dobrik became on judge on the Nickelodeon musical competition show "America's Most Musical Family" alongside Ciara and Debbie Gibson. He also served as a presenter at the American Music Awards of 2019, and a guest judge in the ninth season of "Chopped Junior". Furthermore, he has also ventured into acting, starring in the 2015 short film "An Interrogation", and voiced the role of Axel in "The Angry Birds Movie 2" (2019).

As a non-US citizen who arrived in the United States as a child, Dobrik is protected from deportation under the DACA policy. He was in a relationship with fellow internet personality Liza Koshy from late 2015 to early 2018. For one of his comedy vlogs, Dobrik legally married friend and collaborator Jason Nash's mother Lorraine Nash on May 15, 2019. On June 12, 2019 he announced that they had decided to end their marriage, and on November 22 that same year he revealed on Instagram that he had officially signed divorce papers.

In August 2020 the real estate site dirt.com reported that David had purchased a home in Sherman Oaks, California for an ungodly $9.5 million. Here's a video tour of the house: 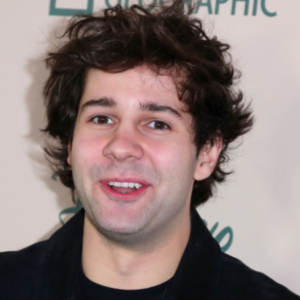