What is David Cross' Net Worth and Salary?

David Cross was born on April 4, 1964, in Roswell, Georgia. He grew up in a Jewish household with mother Susi, father Barry, and sisters Juli and Wendy. When David was 6 months old, the family moved to Florida, then they relocated to New York and Connecticut before returning to Roswell. Cross has said that his family didn't have much money and that during his youth he lived in motels and at the homes of his friends after the family was evicted from their home. When David was 10, his father left the family, and in a 2012 episode of the podcast "WTF with Marc Maron," Cross said that he hadn't spoken to Barry since he was 19. Cross attended Northside High School of the Performing Arts, graduating in 1982. While attending high school, his classmates voted him "Most Humorous," and he was elected senior class treasurer.

Cross began performing stand-up comedy when he was 17, and he moved to New York City the day after his high school graduation. He later spent a semester at Boston's Emerson College, where he joined the sketch comedy group This is Pathetic. David started performing stand-up around Boston, and in the early '90s, he regularly performed at Catch a Rising Star and formed a sketch comedy group called Cross Comedy. After Cross performed at Un-Cabaret in Los Angeles in 1994, radio performer Joe Frank hired him to appear on his radio shows "The Last Run" and "A Hearing." David starred in the one-hour HBO comedy special "The Pride Is Back," in 1999, followed by the tour documentary "Let America Laugh" in 2003. He then released 2010's "Bigger and Blackerer," 2016's "Making America Great Again," and 2019's "Oh, Come On." In 2004, he was ranked #85 on Comedy Central's "100 Greatest Stand-Ups of All Time" list.

In 2003, David began starring as Tobias Fünke on "Arrested Development," which aired 84 episodes over five seasons (three on Fox and two on Netflix) and won a Primetime Emmy for Outstanding Comedy Series in 2004. In 2006, Cross and H. Jon Benjamin co-created the animated Comedy Central series "Freak Show," which reunited David with his "Arrested Development" co-star Will Arnett. From 2010 to 2011, Cross played Dr. Andy Weeks on seven episodes of Arnett's Fox series "Running Wilde." In 2010, David created the IFC series "The Increasingly Poor Decisions of Todd Margaret," co-starring with Arnett once again. Cross played Ian Hawke in "Alvin and the Chipmunks" (2007), "Alvin and the Chipmunks: The Squeakquel" (2009), and "Alvin and the Chipmunks: Chipwrecked" (2011), which were huge hits, grossing $361.3 million, $443.1 million, and $234 million, respectively. 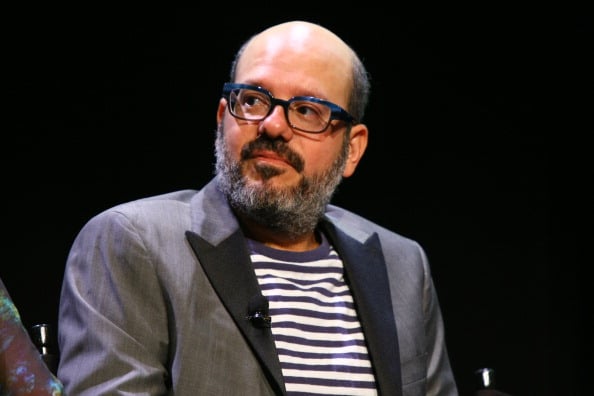 David became engaged to actress Amber Tamblyn in August 2011, four years after they began their relationship. They married on October 6, 2012, and they welcomed a daughter in February 2017. The couple's birth announcement read, "David and I are proud to announce the birth of our daughter, Dauphinoise Petunia Brittany Scheherazade Von Funkinstein Mustard Witch RBG Cross Tamblyn-Bey Jr.," but they actually named the baby Marlow Alice. Though Cross was raised Jewish, he has described himself as an atheist, and politically, he is "definitely more socialist Democrat than centrist politician."

David was the first investor in the Kickstarter crowdfunding platform, according to co-founder Yancey Strickler, and he used the platform to raise funds to make the film "Hits." Cross is friends with the Beastie Boys, and the group sampled him in their single "Ch-Check It Out." He appeared in their "Make Some Noise" music video and the "Beastie Boys Story" documentary as well.

In October 2005, Thomas Weber, a Nashville club manager, sued David, alleging that Cross had taped him without permission while filming "Shut Up You Fucking Baby!" and "Let America Laugh." The lawsuit was dismissed a few months later.

In a 2012 "Playboy" interview, Cross revealed that he had snorted "a tiny granule of coke" at the 2009 White House Correspondents' Dinner. He stated, "It wasn't like I got high… It was just about being able to say that I did it, that I did cocaine in the same room as the president." In October 2017, David apologized after actress-comedian Charlyne Yi stated that Cross had made racially insensitive remarks to her when they first met a decade earlier. David tweeted, "I'm truly sorry if I hurt her, it was never my intention to do that. I do not remember it like she remembers (and clearly we're quite a bit far apart on this) but I reached out to her privately and expressed that and more, including the possibility that perhaps we are both misremembering *exactly* what happened that night."

Cross has received two Best Comedy Album Grammy nominations, for "Shut Up You Fucking Baby!" in 2004 and "…America…Great…" in 2017. He earned two DVD Exclusive Award nominations for Best Original Song in a DVD Premiere Movie for "Run Ronnie Run," winning for "The Golden Rule Song," and he won a Best Voice Performance – Male award for "Halo 2" at the 2005 G-Phoria Awards. "The Dark Divide" was named Indie Movie of the Year at the 2021 Film Threat Award This! ceremony, and "Melvin Goes to Dinner" won the Copper Wing Award for Best Ensemble Acting at the 2003 Phoenix Film Festival. In 2012, the "Kung Fu Panda 2" cast won a Behind the Voice Actors Award for Best Vocal Ensemble in a Feature Film. 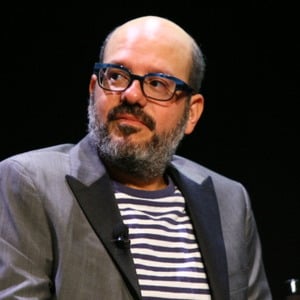