What is David Costabile's Net Worth and Salary?

David Costabile is an American actor who has a net worth of $6 million. David Costabile is best known for his roles on such television series as "Billions," "The Wire," "Damages," "Breaking Bad," and "Flight of the Conchords." He has also appeared in a number of Broadway productions, including the 2007 revival of the play "Translations" and the musical "Caroline, or Change." Meanwhile, Costabile's film credits have included "Afterschool," "Solitary Man," "Lincoln," and "The Dirt."

David Costabile was born on January 9, 1967 in Washington, DC. He is of Italian ancestry. As a young adult, Costabile went to Tufts University, from which he graduated with his bachelor's degree. He went on to earn a master of fine arts degree from New York University.

Costabile landed his first two major roles on television in 2007, when he began playing recurring characters on the legal series "Damages" and the sitcom "Flight of the Conchords." On the former, he played Detective Rick Messer, while on the latter show he played Doug. In 2008, Costabile had another memorable recurring role on the crime drama series "The Wire," playing Baltimore Sun managing editor Thomas Klebanow. Two years after that, he began playing the recurring character of Gale Boetticher, a meth chemist, on the crime drama series "Breaking Bad"; he later reprised the role on the spinoff show "Better Call Saul." Costabile also appeared in episodes of "House, M.D.," "Person of Interest," and "Lie to Me." He had his next recurring role from 2012 to 2019 when he played Daniel Hardman, former senior partner of the Pearson Hardman law firm, on the legal series "Suits."

In 2013, Costabile had his first main role on television on the crime drama series "Low Winter Sun," based on the eponymous British miniseries. However, the show was ultimately canceled after a single season. Costabile next appeared in episodes of "Elementary" and "The Blacklist." In 2015, he played Tad Billingham on the short-lived mystery thriller series "Dig," costarring Jason Isaacs and Anne Heche. 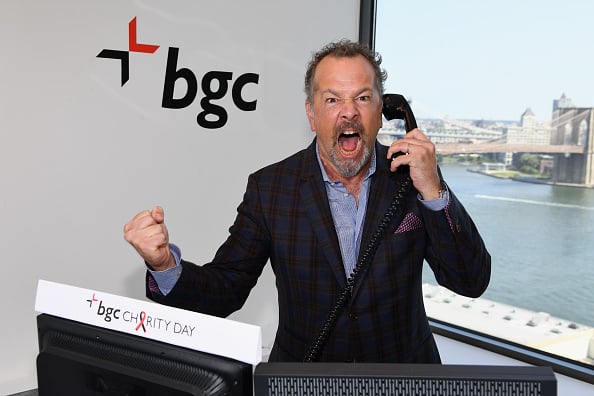 On the big screen, Costabile made his debut with a small part in Edward Zwick's 1998 action thriller "The Siege," starring Denzel Washington, Annette Bening, and Bruce Willis. He subsequently had brief roles in the historical drama "Cradle Will Rock," the biographical dramedy "Isn't She Great," and the live-action adaptation of Dr. Seuss's "How the Grinch Stole Christmas," starring Jim Carrey as the titular green menace. In 2005, Costabile appeared in the romantic dramedy "Prime," starring Meryl Streep, Uma Thurman, and Bryan Greenberg.

Costabile had one of his more significant roles in 2008, playing high school teacher Mr. Anderson in the drama "Afterschool." The year after that, he was in "Notorious" and "Solitary Man." Costabile was subsequently in the 2010 films "The Bounty Hunter" and "Henry's Crime." In 2012, he portrayed American politician and abolitionist James Ashley in Steven Spielberg's historical drama "Lincoln." Following this, Costabile appeared in three films in 2013: the psychological thriller "Side Effects," the crime thriller "Runner Runner," and the romantic crime drama "Somewhere Slow." His other credits have included the historical drama "The Post," in which he portrayed humorist Art Buchwald, and the Mötley Crüe biographical dramedy "The Dirt," in which he portrayed music manager Doc McGhee.

Beyond television and film, Costabile has made a number of appearances on the Broadway stage. In 1995, he appeared in a production of Shakespeare's "The Tempest," and in 1997 was in the musical "Titanic." Later, in the early 2000s, Costabile performed in Tony Kushner and Jeanine Tesori's award-winning musical "Caroline, or Change." After that, he played Launce in a Shakespeare in the Park production of "The Two Gentlemen of Verona." In 2007, Costabile returned to Broadway to appear in a revival of the play "Translations."

Among his other appearances in the media, Costabile has been in several commercials on television, including ones for FedEx and Microsoft.

Costabile married Eliza Baldi in 2012; together, they have two daughters named Lucy and Julia. The family lives in the Park Slope neighborhood of Brooklyn in New York City. 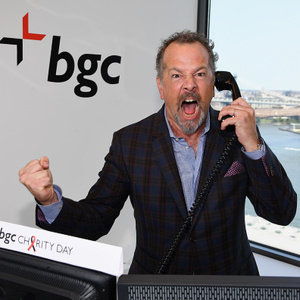