How much is David Cassidy Worth?

David Cassidy Net Worth: David Cassidy was an American actor and singer who had a net worth of $500 thousand at the time of his death. He was widely known for his role as Keith Partridge in the '70s musical sitcom "The Partridge Family". Cassidy was a major heartthrob in his heyday of the '70s. Unfortunately, David Cassidy died on November 21, 2017 at the age of 67.

David Cassidy was born April 12, 1950 in New York City, New York. He was the son of actor and singer Jack Cassidy. Growing up, he was surrounded by show business as Cassidy's mother, Evelyn Ward, was also an actress. His parents divorced when he was a child and his father married actress and singer Shirley Jones in 1956, making her David's stepmother. In a twist of irony, Jones and Cassidy went on to play mother and son on "The Partridge Family", which debuted in the fall of 1970. In addition to being popular on television, the fictional family scored several hits, such as "I Think I Love You", which featured Cassidy on lead vocals.

David Cassidy released several hit albums and had a successful career as a solo artist for several years. By the mid-1970s, however, Cassidy's teen fan base had moved on. He later had a successful run in Las Vegas, beginning with the show EFX in 1996. He went on to make more stage appearances and remain somewhat relevant in the public eye. Cassidy shared his life experiences with readers in his 2007 autobiography, "Could It Be Forever? My Story".

Legal And Financial Problems: Cassidy was first arrested for DUI in Florida on November 3, 2010 and arrested for DUI a second time in Schodack, New York on August 21, 2013. He was subjected to an alcohol breath test returning a blood alcohol level of 0.10, which is above the New York State legal limit of 0.08. Cassidy was charged, taken to jail and released several hours later on bail. He publicly admitted he had an alcohol problem in 2008. Cassidy was arrested on suspicion of DUI a third time in California on January 10, 2014 after he made an illegal right turn against a red light. He was held overnight in jail and was scheduled to appear in court on February 5. Instead David sent his attorney to the hearing and when it was discovered that Cassidy was at a town nearby at a horse race instead of showing up in court, the court date was rescheduled.

It has been repeated in various news articles that Cassidy's estate value was $1.5 – $1.7 million at the time of his death, but those figures include the $1 million life insurance payment.

Real Estate: In 2001 David paid $1.1 million for a six-bedroom house in Fort Lauderdale, Florida. He lived in the house until 2015 when he was going through a divorce. In February 2015, David filed for bankruptcy. In August 2015, it was reported that a bank was planning to auction off David's former $3 million mansion in Florida. The house ultimately sold at auction for $2 million. It was listed for sale in 2018 for $3.9 million and sold in January 201 for $2.6 million. 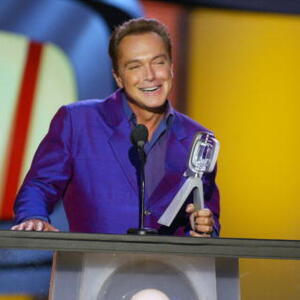