What is David Caruso's Net Worth and Salary?

David Caruso is an American actor and producer who has a net worth of $35 million. Today, Caruso is probably best known for playing characters like Detective John Kelly and Lieutenant Horatio Caine on crime dramas like "NYPD Blue" and "CSI: Miami," respectively. Outside of these two major roles, David has appeared in a wide range of additional projects, ranging from films in the 80s to additional television series well into the 2000s.

In 2012, Caruso decided to retire from acting and pursue opportunities in the art business after the cancellation of "CSI: Miami." Over the course of his career, Caruso has won a number of awards and honors. These include a Golden Globe Award for his performance on NYPD Blue and a Blockbuster Entertainment Award for Favorite Supporting Actor in the "Suspense" Category for his role in the film "Proof of Life."

David Stephen Caruso was born on January 7th of 1956 in Forest Hills, Queens, New York. Raised in a Roman Catholic household, Caruso later revealed that he had to act as his own father figure when his dad left the family. David was only two at the time, and his mother (a librarian) raised Caruso as a single mother. After attending a Catholic school, David attended high school in Briarwood before graduating in 1974.

During his youth, Caruso worked as a cinema usher. While on the job, David watched more than 80 movies per week, and this was one of the factors that sparked his love for acting. In one interview, Caruso admitted that he and his co-workers would act out some of the scenes from their favorite films at the back of the theater. Some of his biggest inspirations during this period were actors like Humphrey Bogart, James Cagney, and Edward G. Robinson.

After a brief appearance in a little-known 1980 film called "Getting Wasted," Caruso first gained major recognition for his role as a cadet in "An Officer and a Gentleman." Throughout the rest of the 80s, Dave booked supporting roles in films like "First Blood," "Blue City," "China Girl," and "Twins."

During this period, Caruso also ventured into television work for the first time, starting with a role in the NBC police drama "Hill Street Blues." He then portrayed the real-life U.S. Olympian James Brendan Connolly in the miniseries "The First Olympics: Athens 1896." Towards the end of the 80s, Caruso appeared in a few episodes of "Crime Story" and the music video for the song "Voyage, voyage" by Desireless.

During the 90s, Dave really started to settle into his typecast as a police officer, starting with films like "Kings of New York" and "Mad Dog and Glory." He also famously appeared as a mute person in the film "Hudson Hawk." In 1993, Caruso's first major starring role came with "NYPD Blue." However, he left the show after just one year because of failed salary negotiations. Unfortunately, his career then stagnated as a result.

He failed to establish himself as a leading man in films, and both "Kiss of Death" and "Jade" were disappointments during the mid-90s – both critically and commercially. By 1997, he had returned to television work with a role as a lawyer in the series "Michael Hayes." By 2000, his film career had improved after he appeared in "Proof of Life" with a supporting role. A lead role followed in 2001 with the horror film "Session 9." Critics praised his performances in both of these movies.

In 2002, Caruso accepted what is probably the most defining role of his career: Lieutenant Horatio Caine in "CSI: Miami." He also appeared in many "CSI" spin-offs, reprising his role in four of the other series. After ten years, "CSI: Miami" was cancelled in 2012. This prompted Dave to step away from acting and focus on the art business. 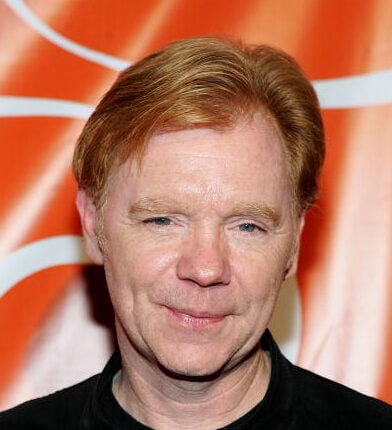 Later, Marquez sued David Caruso, seeking more than $1.2 million and a deed to a home that she claims David promised her. Caruso's ex-girlfriend testified in court that he promised to support her even after their relationship ended, which is a classic example of a "common law" relationship that would be recognized by Californian courts in the context of alimony.

When all was said and done, Marquez sued Caruso for fraud, breach of their settlement agreement, and emotional distress. Court documents revealed that David's ex painted him as an abusive figure and a "reluctant" father. She also claimed that she and Caruso came to an agreement that would have left her with $1 million (plus $200,000 in attorney fees) and a home in the San Fernando Valley. In an official statement, Caruso's lawyers vehemently denied such claims.

During the first season of "NYPD Blue", David was reportedly earning $42,500 per episode. He famously did not feel this salary was high enough. For the next season, he not only tried to get a six-figure salary per episode (reportedly $100,000 per episode) but he also demanded a range of other "bonuses". These bonuses included a 38-foot trailer, Fridays off, an office suite, two Manhattan suites, 12 first-class plane tickets, and his own team of private security. When he wasn't given exactly what he wanted, Caruso quit. His decision would later be described as one of the biggest blunders of television history as Caruso's career foundered for the next decade or so until "CSI: Miami" became a huge hit. David appeared in 26 episodes of "NYPD Blue". The series went on to air 235 episodes without him during its run.

Although Caruso's salary fluctuated over time while he was appearing on "CSI: Miami," he was at one point earning a peak amount of $375,000 per episode. That worked out around $9 million per season.

Dave Caruso owns a property in Sherman Oaks alongside residences owned by numerous other celebrities in the area. He purchased this 1,650-square-foot home in 2005 for $1.85 million. 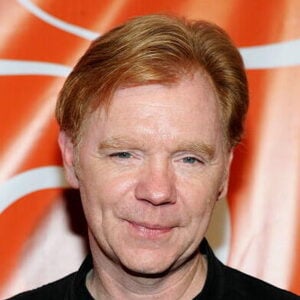