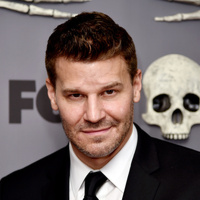 What is David Boreanaz's net worth and Salary?

David Boreanaz was born on May 16, 1971 in Buffalo, New York. His mother Patti was a travel agent and his father Dave worked as a weather forecaster and for the children's show "Rocketship 7." The family moved to Philadelphia, Pennsylvania when David was seven years old. He attended Malvern Preparatory School where he was a star athlete on the school football team. He graduated from Ithaca College in upstate New York in 1991 with a degree in photography and cinema.

After moving to Los Angeles with his degree in filmmaking, he found it hard to find work at first, like many struggling actors. He slept on a couch at his sister's apartment and visited film sets and did production assistant work with the hope of learning more about the industry. Boreanaz landed a small background extra role in 1993's "Aspen Extreme," where he played a fan waving at skiers. He worked as a prop stage hand in "Best of the Best II," starring Tommy Lee, where he also had a small uncredited role.

He began his professional on-camera career with his first paid acting gig, a small role on "Married… with Children" in the early '90s. He played Kelly's unfaithful biker boyfriend who gets punched by her father, Al Bundy. Four years later, he was cast in the role that would make him a household name, as Angel in the hit series, "Buffy the Vampire Slayer". In his role of Angel, he played a vampire cursed by the Romani people with punishment for murder. The show was extremely successful. After playing the role of Angel on "Buffy" for two seasons, from 1997-1998, and then his role was spun off into a show of its own, called, "Angel". "Angel" ran until 2004. During his time on "Angel," he also had a recurring role on "Buffy" after his departure. Around this time, he appeared in the film "Macabre Pair of Shorts," where he plays a vampire's victim. 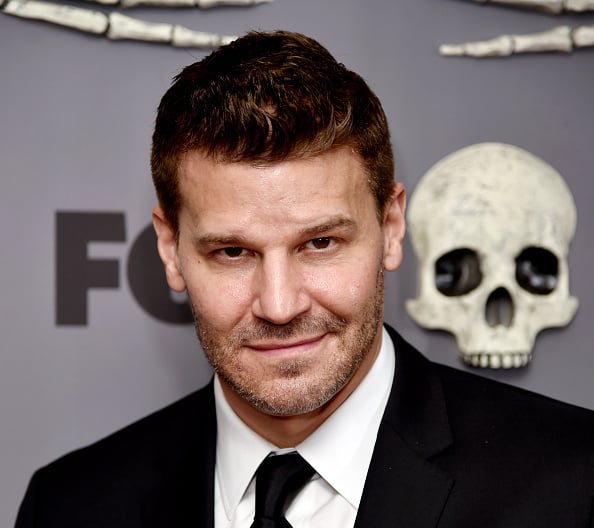 In 2001, Boreanaz had his first (and, to date, only) starring role in a major theatrical film, the slasher horror film "Valentine," where he starred alongside Denise Richards and Katherine Heigl. He appeared in a minor supporting role in 2002's "I'm with Lucy." David was set to appear in 2002's "Resident Evil" as the main character but turned the role down. In 2003, Boreanaz appeared in the music video for Dido's hit single "White Flag." Later that year, he voiced Leon in the video game "Kingdom Hearts" but didn't reprise his role in the sequel. In 2005, he began starring on prime time TV opposite Emily Deschanel in the series "Bones." He played the lead character Seeley Booth and appeared in 246 episodes spanning 2005-2017. He was nominated for both a People's Choice Award and a Teen Choice Award for favorite TV actor for his role.

Boreanaz also directed 11 episodes of "Bones" and worked as a producer starting in its third season. Around this time, Boreanaz was ranked by BuddyTV as No. 13 on its "TV's 100 Sexiest Men of 2010" list and ranked No. 18 on the same list in 2011.  In 2012 he voiced his own character of Seeley Booth on "American Dad!" and did the same in 2015 for "Sleepy Hollow." While starring on "Bones," he appeared in the films "These Girls," "Mr. Fix It," "Suffering Man's Charity," "The Crow: Wicked Prayer," "The Hard Easy," "The Mighty Macs," and "Officer Down." He also voiced Hal Jordan in the direct to video DC Comics animated feature "Justice League: The New Frontier."

In March 2017, he joined the cast of CBS's "United States Navy SEALs." It was renamed "SEAL Team" and it premiered on September 27, 2017. To date, he has directed three episodes of the show as well as working as a producer and executive producer. In May 2021, the show was renewed for a fifth season and it was announced that it would be moving to Paramount+.

In 2015, David, several of his co-stars, executive producer Barry Josephson, and Kathy Reichs filed a suit against Fox. They claimed that the network was "cheating" them out of their fair share of the "Bones" profits. They were eventually awarded $179 million in damages. However, this settlement was voided. Later in 2019, both parties came to an agreement and the plaintiffs were awarded a "significant" settlement.

Boreanaz was married to Ingrid Quinn from 1997-1999. In November 2001, he married Playboy model Jaime Bergman. The two have a son, Jaden Rayne (b. 2002) and a daughter, Bardot Vita, born on August 31, 2009. They later changed the child's name to Bella. In 2010, David publicly admitted to having an extramarital affair with Rachel Uchitel, the same woman Tiger Woods was alleged to have cheated on with his wife. At the time of their affair, David's wife was pregnant.

In 2004, he underwent reconstructive surgery on his left knee, a result of a running injury he suffered while playing football in high school. His recovery didn't prevent production on "Angel" from continuing, but Boreanaz was very limited in his mobility and physical activities in several episodes, including in the episode "Soul Purpose," which was his directorial debut.

Outside of acting, he, his wife, and their friends Melissa and Aaron Ravo launched a nail polish line in 2013 called Chrome Girl. The two wives run the day-to-day operations of Chrome Girl while Aaron and David help with the business aspect.  Boreanaz is an avid hockey fan and a supporter of the Philadelphia Flyers.