David Birney Net Worth: David Birney is an American actor and director who has a net worth of $5 million. David Birney was born in Washington, D.C. in April 1939. Birney graduated from Dartmouth College and then earned an M.A. in Theatre Arts at UCLA. David was married to actress Meredith Baxter from 1974 to 1989.

Baxter disclosed on Oprah that Birney was abusive but he has denied the allegations. Birney has acted in theater and has recorded numerous audiobook bestsellers. He first appeared on the TV series The Edge of Night in 1956. From 1972 to 1973 Birney starred as Bernie Steinberg in the television series Bridget Loves Bernie. He starred as Officer Frank Serpico on the series Serpico from 1976 to 1977. From 1982 to 1983 he starred as Dr. Ben Samuels on the TV series St. Elsewhere. David starred as Sam Dillon on the series Glitter from 1984 to 1985. In 1995 he starred as Harry Chandler Moore in the series Live Shot. His last role came on the TV series Without a Trace in 2007. Birney co-chaired the American Diabetes Association for five years. 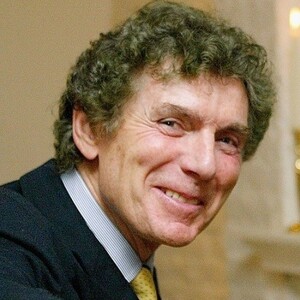