How much is David Ayer Worth?

David Ayer net worth: David Ayer is an American film director, producer, and screenwriter who has a net worth of $20 million. David Ayer was born in Champaign, Illinois in January 1968. He served as a submariner in the United States Navy which was the basis for his screenplay Squids. Today he is probably best known for writing the screenplay to the 2001 Oscar-wining movie Training Day which eventually spawned a television adaptation. He had a cameo in Training Day as a Russian mafia hitman. David's first official film writing credit was 2000's U-571. Ayer also wrote the movies The Fast and the Furious, Dark Blue, S.W.A.T. End of Watch, Fury and Suicide Squad. He wrote, directed, and produced the films Harsh Times, End of Watch, Sabotage and Fury among others. He wrote and directed Suicide Squad but was not a producer. Ayer also wrote the 2008 film Street Kings and had a cameo in it as well. He was nominated for a London Film Festival Award and a Zurich Film Festival Award in 2012 for End of Watch as well as a Georgia Film Critics Association Award for Sabotage in 2015. To date, his movies have generated $1.7 billion at the worldwide box office. 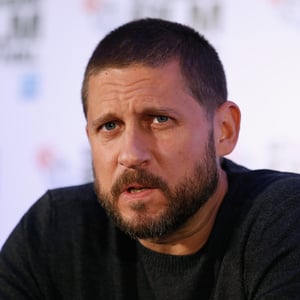