Daveigh Chase net worth and salary: Daveigh Chase is an American actress and singer who has a net worth of $500 thousand. Daveigh Chase was born in Las Vegas, Nevada in July 1990. She won the national voice competition in a Little Miss America Pageant and appeared in Campbell's Soup ad at age seven.

She first appeared in an episode of the television series Sabrina, the Teenage Witch in 1998. From 2003 to 2004 she starred as Joyce in the TV series Oliver Beene. Chase starred as Betsy in the series Betsy's Kindergarten Adventures from 2007 to 2010. From 2006 to 2011 she starred as Rhonda Volmer in the television series Big Love. Chase is known for voicing the role of Lilo starting in the 2002 movie Lilo & Stitch. She voiced the same role in the TV series Lilo & Stitch: The Series from 2003 to 2006. She has also starred in the movies Donnie Darko, The Ring, Carolina, S. Darko, and Little Red Wagon and has appeared in episodes of the TV series Charmed, The Practice, ER, Yes, Dear, Touched by an Angel, CSI: Crime Scene Investigation, Cold Case, and Without a Trace. In 2003 Chase won an MTV Movie Award for Best Villain in The Ring and a Young Artist Award for Best Performance in a Voice-Over Role – Age Ten or Under for Lilo & Stitch. 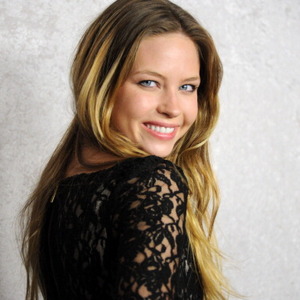